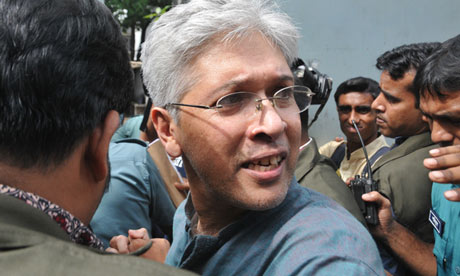 Human Rights defenders blasted Malaysia for the detention and subsequent deportation of Adilur Rahman Khan on 20 July 2017. Our very own Han Hui Hui was deported back from her country of birth to Singapore because she was a threat to national security. Since then, Amnesty International and other Human Rights organisations have taken issue with the Malaysian Customs and Immigration.

No reasons were given for the rough actions by the Malaysian immigration, says civil society groups that condemned the growing trend in Malaysia.

The group of human rights defenders called upon Malaysia to:

1) Reveal the reasons for interference with human rights defenders seeking to enter into Malaysia, including for purposes of attending international meetings for the purpose of promoting and protecting human rights and fundamental freedoms;[4]

2) Ensure that no human rights defenders are prevented from entering or exiting Malaysia by reason of having been named or included in any list on the basis of their activities promoting or protecting human rights, whether named or listed by a foreign government or the authorities of Malaysia;

3) Enact domestic legislation to incorporate the provisions of the UN Declaration on Human Rights Defenders into the national laws of Malaysia, to ensure the future protection of human rights defenders and their work, having regard for instance to the Model Law developed by a wide range of global stakeholders and leading experts and jurists in 2016.

The Government of Malaysia has obligations and has made commitments to respect and protect human rights defenders and their work.

These are reflected in the UN Declaration on Human Rights Defenders, which was adopted by the UN General Assembly in 1998 by consensus, including of Malaysia.

They are reflected as well as for instance the most recent UN General Assembly Resolution on Human Rights Defenders adopted in 2015, for which the Government of Malaysia specifically voted in favour.

Malaysia is also presenting itself as a candidate for election as a member of the UN Human Rights Council, a process which the UN General Assembly has prescribed should take into account the country’s record on human rights.[3]

The treatment of human rights defender Adilur Rahman Khan is, in the light of these obligations and commitments, wholly unacceptable.Follow us on Social Media