Making a Mockery of Meritocracy 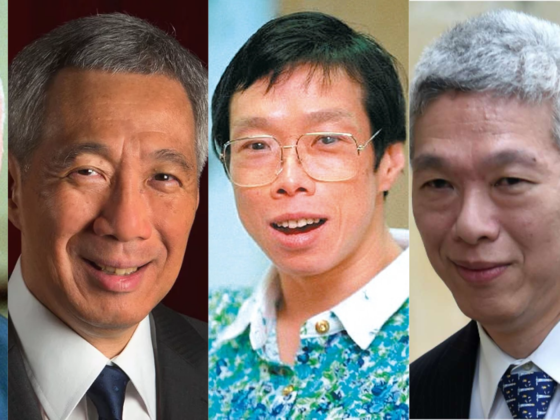 The PAP would have us believe that meritocracy is the bedrock of Singapore’s success. How true is that? How transparent is this concept of meritocracy?

Let’s just take one aspect of meritocracy – scholarships. Are government scholarships awarded based purely on merit? Are we given the details and background of those awarded these scholarships? Who sits on panels, committees and commissions that dish out the scholarships?

All three children of Lee Kuan Yew were President’s Scholars and the two sons went on to become SAF Scholars. What is the likelihood of that happening based on merit? It’s like striking the jackpot many times over – the odds are probably more than a billion to one!

Tony Tan’s son Patrick Tan was a President’s Scholar, and so was his daughter Patricia Tan. Patrick, by the way, also received the President’s Service Award, personally handed to him by his father when he was President Tony Tan. And perhaps by sheer coincidence, too, Patrick was granted an unheard-of 12 years’ disruption from national service to complete further studies, and eventually served in the specially created post of medical researcher.

But back to the subject of scholarships. Teo Chee Hean’s son, Teo Eng Siang, was gifted a PSC Scholarship, not to mention Lee Hsien Loong’s son Li Hongyi. And we might as well throw in the fact that Mah Bow Tan’s son, Warren Mah, was bestowed an MAS scholarship.

The above is just a snapshot, the tip of the iceberg.

Over the years, how many government scholarships have been gifted to children of those at the top echelons of government and public service? For every one that is given out, another deserving Singaporean loses out – and that Singapore could be in dire need of a scholarship because he or she comes from a not-well-to-do family.

It’s the reality of the sad, sad concept of meritocracy as practised in Singapore. It makes a mockery of what meritocracy is supposed to stand for.