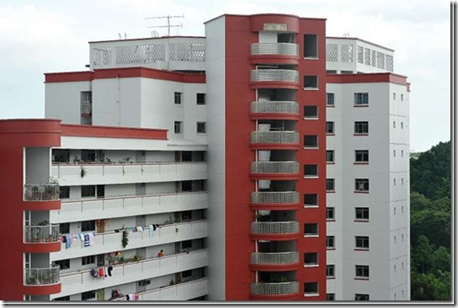 While mainland Chinese demand has driven rentals in Hong Kong to new highs, that growth contrasts sharply with Singapore, where sluggish economic growth, driven by weaknesses in the oil and gas sector, finance and shipping, has rippled through the property market.

This was in a report by CNBC’s “Squawk Box Asia.”

The report said in the fourth quarter of 2016, overall office rents across Singapore slid for the sixth consecutive quarter under the pressure of oversupply and lackluster demand, according to Colliers International’s latest Asia Pacific property outlook.

The city-state is the second of two core markets for Southeast Asia’s largest real estate company CapitaLand, after China, and accounts for 36 percent of its asset base.

The company reported full-year earnings for 2016 on Wednesday.

The company said to CNBC rentals could increase by double digits in the next two years.

While the company recorded higher total profits after tax and minority interests (PATMI) for the financial year, climbing year-over-year 11.7 percent to S$1,190.3 million (about US$839.54 million), it highlighted the “unpredictable operating environmental and economic headwinds in Singapore and China,” which is expected to continue weighing on the sector.

In the long run, however, Singapore remains a compelling investment destination for real estate companies, given the country’s socioeconomic stability and transparent legal and regulatory structure.

Residential collective sales offer opportunities for developers, while we believe that any easing of the government’s residential cooling measures should provide an impetus for foreign investment in the luxury residential segment in particular, CNBC said.Follow us on Social Media