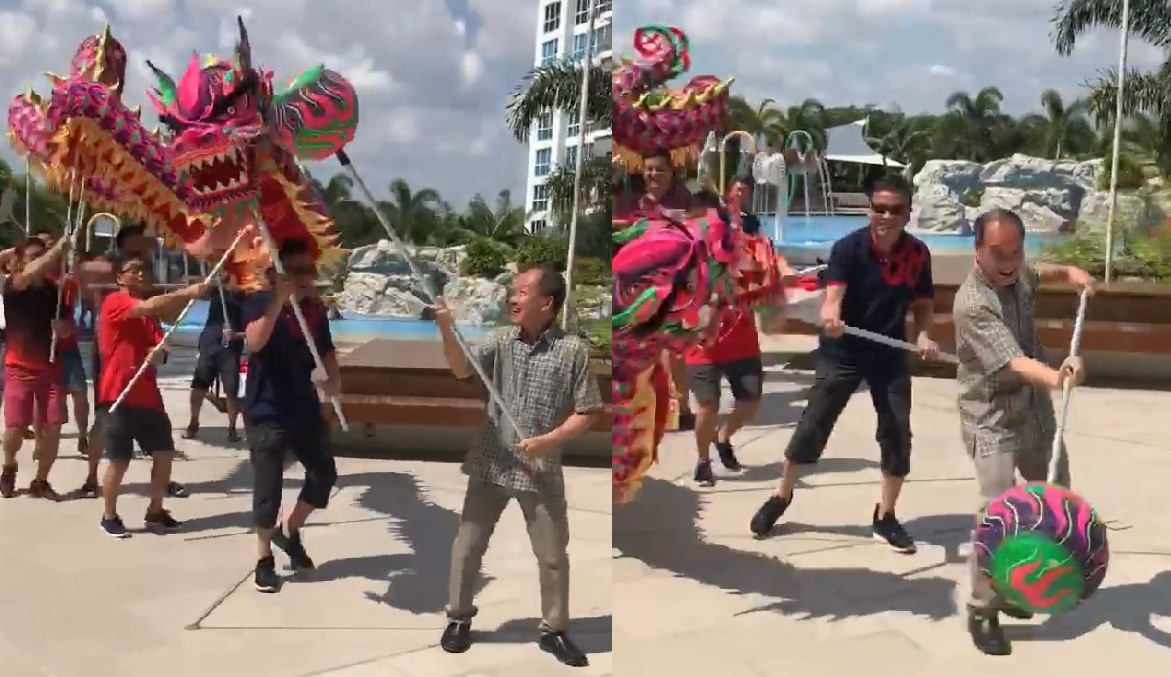 In a video uploaded on social media this past Tuesday, Mr Low can be seen with a huge smile as he leads the dragon by holding and spinning a colourful orb, called the dragon pearl.

It appears that Mr Low was only supposed to pose with the dragon pearl for a photograph but he sportingly participated in the dragon dance performance that took place at a condominium:

This is not the first time that WP parliamentarians have taken part in traditional activities during the many festive occasions in Singapore.

During last year’s Chinese New Year celebrations, another Workers’ Party parliamentarian made a splash at a community event, charming both constituents and netizens.

The crowd can be heard going wild with applause when Lim starts singing and the audience continue cheering as Lim croons the Malay song like a pro:

Even as long ago as seven years ago, the WP MPs made the effort to dress in Indian clothes to celebrate Deepavali along with Aljunied residents. Lim even shared a short story on the significance of Deepavali, peppered with some Tamil words, to the residents’ joy: