LHY in his own words: PM Lee escalated grievances on ‘private family matter’ to committee of subordinates to bypass court system 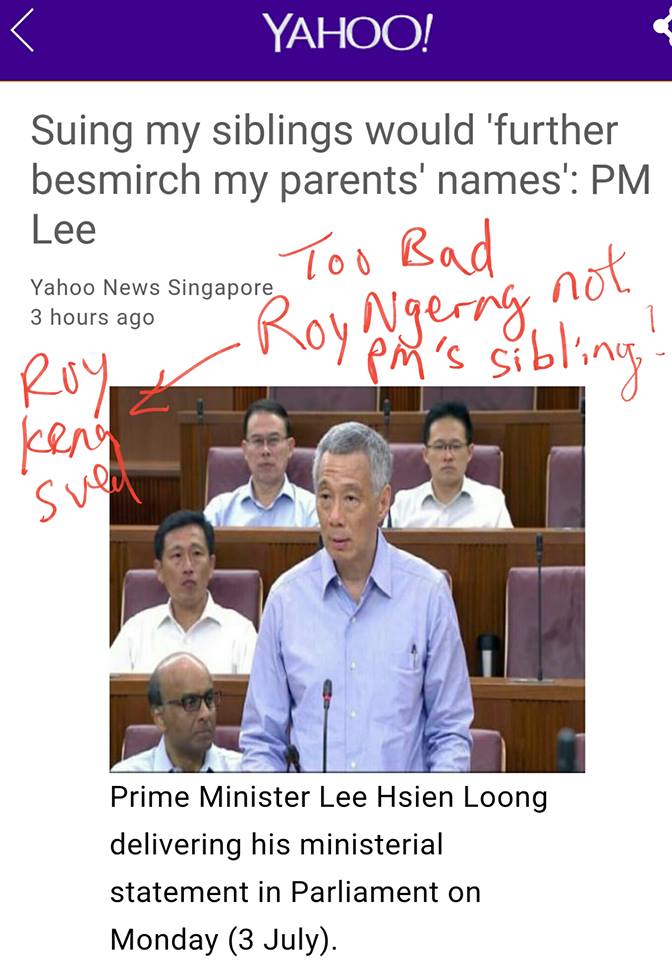 Lee Hsien Loong took his grievance on a “private family matter” to a committee of his subordinates. He sought to bypass the court system. This was an extra-judicial secret attack, aimed at undermining our father’s last will and his unwavering wish.

Whether or not LHL supposedly recused himself from decision-making, his own subordinates cannot be the judge of a matter in which he has a direct personal interest.

The mysterious ministerial committee refused to list the options it was considering for 38 Oxley Road, even after repeated requests from Lee Kuan Yew’s Estate.

The closest hint it gave to any discussion on options was this vague paragraph, from Minister Lawrence Wong, on 24 August 2016.

Notice that this avoids confirming​ whether being “converted to a park” is an option under sincere consideration. The option is discussed only “by way of illustration”​ – without confirming or denying that this is a concrete option on the table.

Naturally, we wrote back to ask for concrete information. On 20 Dec 2016:

The mysterious committee did not answer our queries. ​It spent most of its time repeating Lee Hsien Loong’s relentless attacks on our father’s demolition wish. Its focus was not options on the house. It was an extra-judicial secret attack, through a committee of Hsien Loong’s subordinates, aimed at undermining our father’s last will and his unwavering wish.

Whether or not Lee Hsien Loong ‘recuses’ himself, his own subordinates cannot be his secret judges.