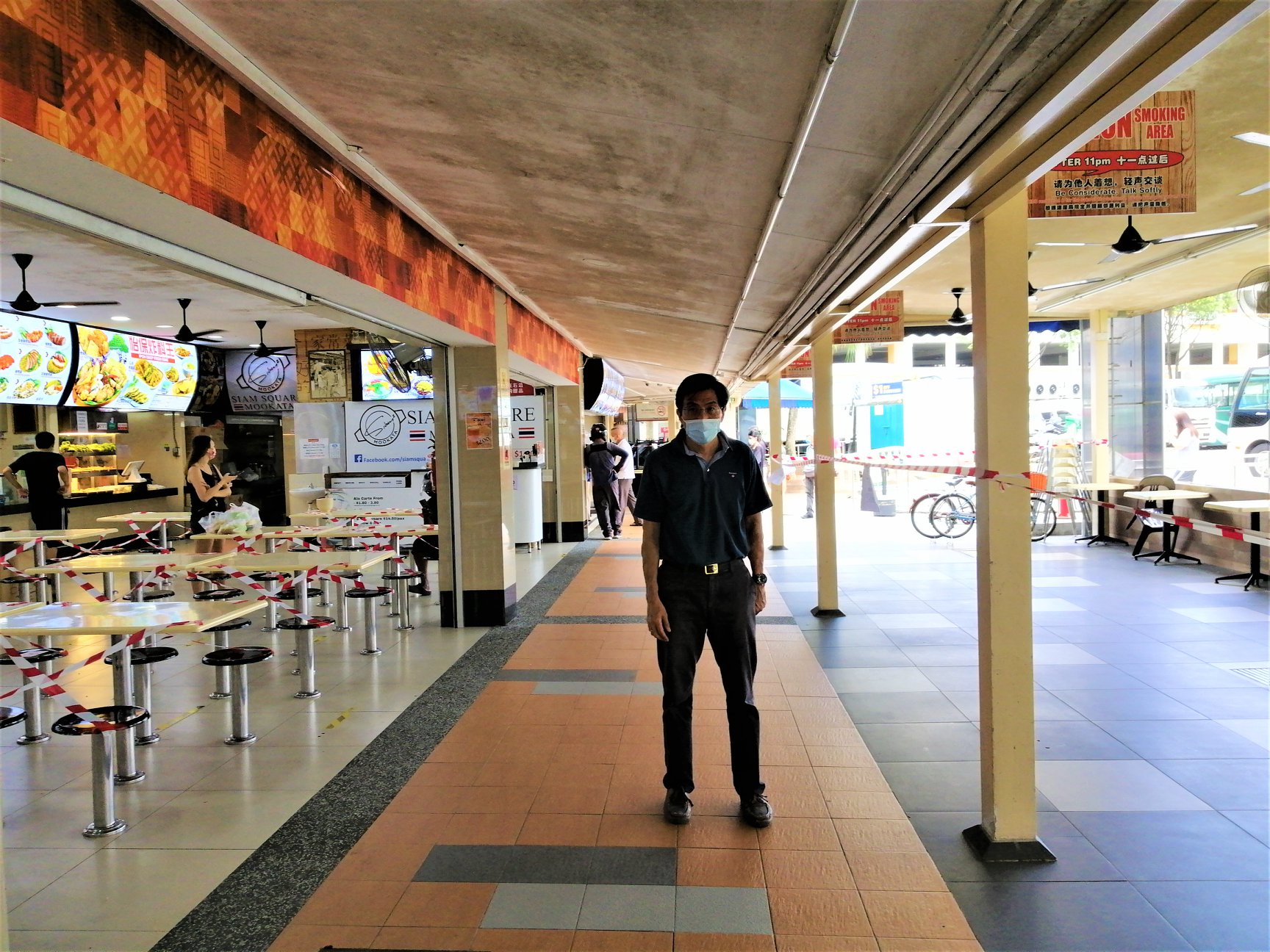 Singapore—Opposition leader Chee Soon Juan took to Facebook on Friday (May 28) to draw attention to two troubling situations at Bukit Batok, where he has been active on the ground for several years.

He shone the light on what he seems to perceive as a lack in estate management as well as the lack of people in food centres and kopitiams, using these issues as a springboard to call on the ruling People’s Action Party (PAP) to further help people who are suffering at this time.

“The drain covers behind Blk 217 are missing. This was pointed to me by a resident who said that it posed a safety hazard especially during the night,” he wrote.

The SDP head added that people walk through that area when they go from the coffee shop in front of the building to the parking area or other blocks nearby.

He wrote that the JRTC (Jurong-Clementi Town Council) “might want to look into this and quickly remedy the problem before someone gets hurt”.

The second concern Dr Chee wrote about was “the empty food centres and kopitiams”, calling this “disheartening”.

“I’m sure the hawkers are hurting,” he wrote.

“And not just hawkers, shop owners too. Even though there is some rent relief, these folks are still taking a hit on their earnings.”

He added by way of contrast that “Ministers and MPs are still enjoying their more than handsome salaries and allowances. For them, there is little financial worry.”

But for “the common folk,” the situation is not the same.

“Many I have spoken to are living in desperate anxiety,” he added. “Let us remind the PAP clearly and loudly: The people come first.”

Commenters on Dr Chee’s post agreed that the missing drain covers pose a danger to residents.

Others told their own stories of getting hurt when they walked into drains by accident.

One netizen suggested that ministers take a pay cut as this would help them understand the plight of people better.

Another suggested that no further taxes should be imposed while people are suffering from economic hardship.

Others also expressed concern for those who are suffering.

Read also: Chee Soon Juan: PAP ministers too quick to take credit, but too ‘modest to take responsibility for mishaps’

Chee Soon Juan: PAP ministers too quick to take credit, but too ‘modest to take responsibility for mishaps’