Lee Wei Ling: This current government is not like previous PAP governments 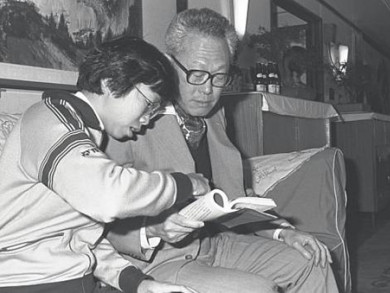 In Straits Times on 12/8/2016, it was reported that the contempt of court laws are set to be entered into the statutes.

1) It gives the public a better sense of what action can unduly influence court proceedings, known as sub judice.

(Ironically, Sub Judice rules were set up for situation where there is laymen jury who may be naïve enough to be misled by rumours or lead by emotion rather than logic as in religious or racial issues. It was this weakness of having a jury swayed by ignorance or emotions that lead our founding PM Lee Kuan Yew, to do away with Juries in Singapore courts. If your judges are so vulnerable, then the cabinet is at fault for its choice of candidates proposed to be promoted to be judges.)

2) It provides a framework for contempt of court punishments. The maximum penalty is a fine up to $20,000 and/or jail term up to 12 months.

(These are very serious penalties for someone who may just want to speak out against an unfair judge and/or an unfair government. When I wrote in ST against the then penalty for Mr Tang Wee Sung, whilst I wrote out of my pity for Mr Tang and the sense of how brutally unfair the penalty suggested by our Attorney General’s Chambers was, the letter published in Straits Times was worded with the help of Mr Shanmugam and his partner at Allen and Gledhill, Mr Lucian Wong. I would have written even if neither senior lawyers supported me, but the wording of my letter would have been very amateurish. Now being on the side of the government, Minister Shanmugam seems to see justice only from the point of view of the government and the AGC always being right.

In fact, it is bizarre for me after what Mr. Wong and Mr. Shanmugam encouraged and supported me to do then, that Mr. Shanmugam now wants to demolish a tiny trail leading to some degree of justice for someone whom the government considers a nuisance.)

3) It provides a framework for contempt of court punishment and sets a limit on fines and prison sentences which as seen from above can be very serious.

(This has led to widespread concern amongst Singaporeans who understand the implications of this proposed law and one need only search the internet to find multiple posts stating why this bill will gag public debate on issues that are important to Singaporeans. I will not repeat what has been clearly stated in petition against this bill which was published in The Straits Times on 12/8/2016.)

Rather, I am amazed that there has not been more vocal protest by more Singaporeans. A phenomenon I observed this morning may provide the answer. I woke up and stepped out of my air-conditioned bedroom and immediately smelled smoked. I asked my two maids who sleep in bedrooms with their windows open whether they smelt anything smoke and they did not. I called a friend who also sleeps in air-conditioned bedroom and he too smelt smoke as he stepped out of his bedroom. Smell is a sensation that we quickly get used to and then no longer notice it if it lingers for less than an hour.

Perhaps, Singaporeans have gotten used to an authoritarian government who until recently had always acted for their well-being, and so when another new action is taken, they do not even bother to think whether it may be against their welfare. This current government is not like previous PAP governments. I urge all Singaporeans, and all MPs and NMPs to think through what has been proposed, and also read the many commentaries on the internet.

Since my earlier post, i have spoken with Minister Shanmugam. He has clarified that what I wrote in 2008 in the Tang Wee Sung matter was allowed under the current law. And it will continue to be allowed under the Bill.

Thus I was wrong in my assumptions.

Everyone is entitled to criticise judgements, policies , as i did in the Tang Wee Sung matter. I am relieved by the clarification given by Mr Shanmugam, and I apologise for any embarrassment i may have caused to Mr. Shanmugam.

I just read CNA. The report seems to imply that I retract my entire first post of today. I only retract the part related to the comment on Mr Tang Wee Sung. Mr Shanmugam has informed me that even after the new law has been passed, it is not illegal to criticize a judgement or the AGC after the judgement has been delivered.

Much of the proposed bill is ambiguous to a person not trained in legal matters. As per my current understanding, I stand by the rest of the statements I posted. The bill which will be passed in parliament tomorrow gives the government the right to comment whilst denying that to people. This is inconsistent with equality before the law and is an attempt to muzzle public opinion.