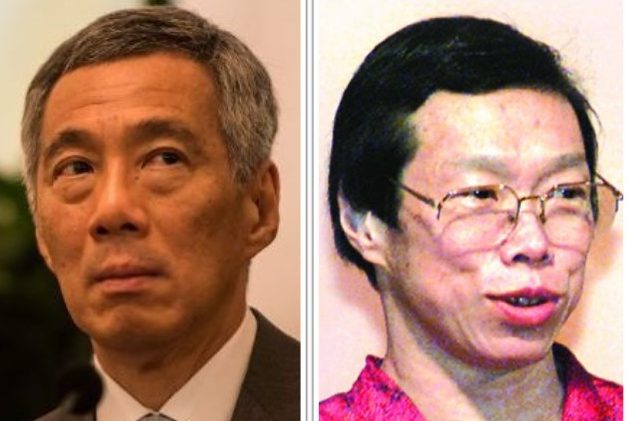 In the latest turn of the escalating Oxley Road feud, Dr Lee Wei Ling has taken to Facebook to show Singaporeans “the true face and motives of Lee Hsien Loong and Ho Ching.”

Re-emphasising her allegations that the Prime Minister and his wife have abused the power of the PMO, Dr Lee called her brother a “bad PM” and marked his wife, Ho Ching, as an “even worse Mrs PM, especially as there is no official position as Mrs PM.”

In her post, Dr Lee revealed that following Lee Kuan Yew’s passing, Lee Hsien Loong allegedly threatened to gazette 38 Oxley Road in anger after Lee Kuan Yew’s will was read to the family. Dr Lee wrote, “This greatly disturbed me. He was willing to go against Papa’s wishes as soon as Papa was gone. He is a dishonourable son.”

Dr Lee also alleged that the Prime Minister and his wife are attempting to “build a ‘Lee family cult.'” She said that Ho Ching attempted to recreate the way the house at Oxley Road looked decades ago under the guise of helping to “sort out Lee family affairs.”

She claimed that Ho Ching misappropriated items from the Oxley house that she then handed over to the National Heritage Board (NHB) and that the NHB had so many items handed over by Ho Ching that they could create a “Lee Kuan Yew Museum.”

Dr Lee charged that in spite of this, after the NHB curated items from the house, they were “subsequently told by PMO to refuse the exhibition simply because we had required that the last paragraph in Papa’s will be simultaneously displayed to remind the public of his desire for 38, Oxley Road to be demolished.”

“Hsien Loong and Ho Ching angered me very early on,” Dr Lee wrote, “Both were not straight and were taking advantage of the fact that no one would dare criticise them for acting improperly.”