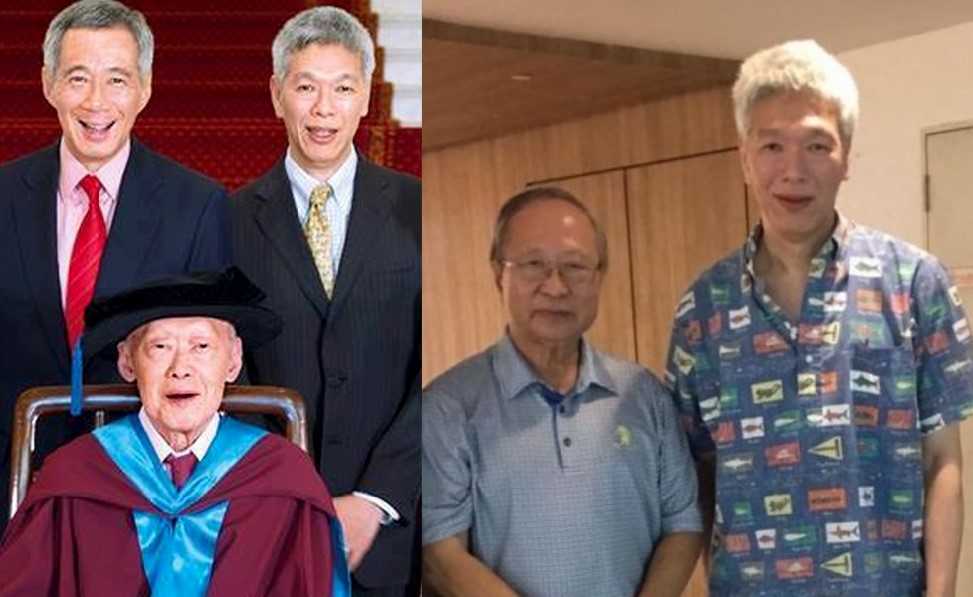 Yesterday, Lee Hsien Yang congratulated Dr Tan on his recent announcement that he is returning to politics and that he has applied to register an opposition party. Praising Dr Tan as the “leader Singapore deserves,” Lee said on social media:

“I have known Cheng Bock for many years and he has consistently put the interests of the people first. We are fortunate that he has stepped forward to serve Singapore.

This is the second time Lee has expressed support for an opponent his influential elder brother faces. Earlier, he was the first to donate to the legal fund of Leong Sze Hian – a blogger whom PM Lee is suing for defamation.

Relations between the Lee brothers have been fraught in recent years. In 2017, Lee Hsien Yang and his sister Lee Wei Ling accused their elder brother – current PM Lee Hsien Loong – of abusing his power to preserve their family home against their father’s willed desire to demolish the house, and of using state organs against them.

Both Bloomberg and Reuters made note of the timing of Lee Hsien Yang’s public support of Dr Tan. Both publications noted that the endorsement comes after the “bitter” dispute between the Lee siblings.

Reuters, an international news wire, added Lee’s endorsement ahead of the next General Election, which is widely expected to be called later this year. It said:

“Lee Hsien Yang’s comments come amid a bitter family dispute over the house of their father Lee Kuan Yew, the founder of modern Singapore, and ahead of the vote, due by early 2021, but which the prime minister has suggested could be this year.”

Reuters’ report was syndicated by other international news publications, including American news sources like the Voice of America.

The AFP, another news wire, also noted the timing of the endorsement. It added that PM Lee’s party – the ruling People’s Action Party – is “widely expected to win” the next General election: “Singapore must hold elections by 2021 but speculation is mounting they could come later this year, with the long-ruling People’s Action Party (PAP) widely expected to win.”

AFP’s piece was also syndicated by other news publications from around the world, like the Times of India.

“Singaporean Prime Minister Lee Hsien Loong has taken a blow from his previously nonpolitical brother, who has declared his support for Tan Cheng Bock, a 78-year-old former lawmaker and presidential candidate on the comeback trail.”