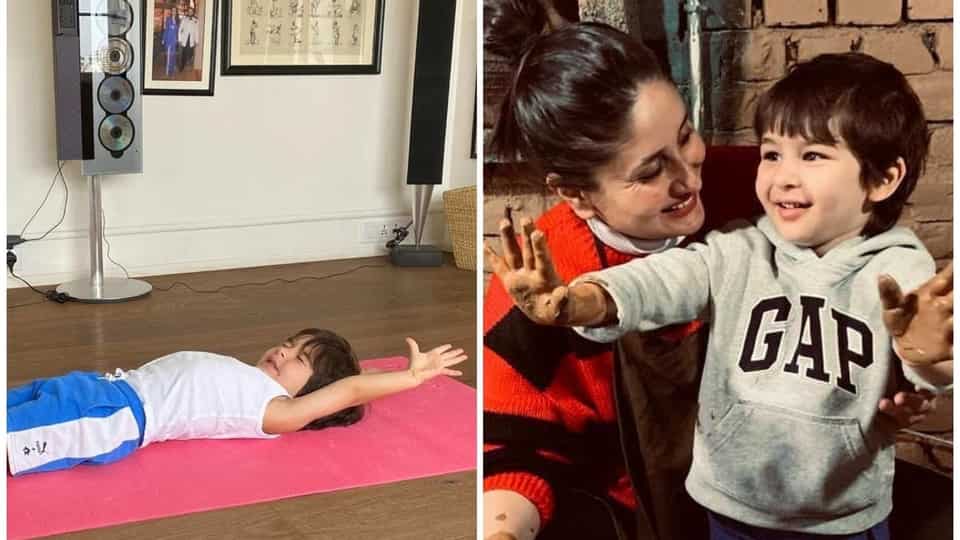 India — Kareena Kapoor Khan’s elder son, Taimur, seems to be following in her footsteps and taking an interest in yoga. Or maybe not. She shared a picture of him stretching on a yoga mat with a rather funny caption: “Stretching after yoga or stretching after a nap… You’ll never know. #LockdownYoga.” She also added laughing emojis.

Fans also wrote in. “He’s still sleeping just raising his hand to have food in his dreams @kareenakapoorkhan,” one commented. “Upcoming Indian yogi – work in progress,” another wrote. “This is an after nap stretch for sure,” a third commented.

In February, Kareena and Saif welcomed their second child, another baby boy. While they are yet to reveal his name or his face, she often posts pictures of her elder son, Taimur, on Instagram. Fans are treated to glimpses of the four-year-old’s creativity, from paintings to baking cookies.

Last month, Kareena resumed work, just a month after delivering her second child. She shot for an episode of an upcoming Discovery+ show titled Star vs Food, which will have celebrities cooking a meal for their loved ones under the supervision of a Masterchef.

Kareena will also be seen in Laal Singh Chaddha, opposite Aamir Khan. Directed by Advait Chandan of Secret Superstar fame, the film is a remake of the critically-acclaimed Hollywood hit Forrest Gump. It is scheduled for a theatrical release this Christmas.

Apart from Laal Singh Chaddha, Kareena has also signed Karan Johar’s period epic Takht. However, the film is currently on the backburner.Follow us on Social Media