It’s time we give them what they deserve 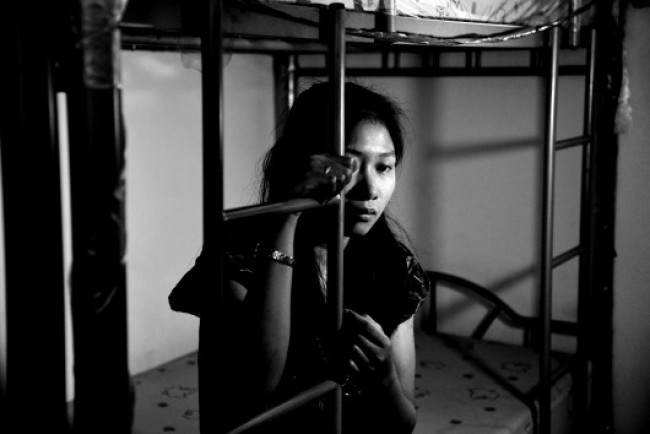 By: Joey Chua
Public attention has been cast on the issue of maid abuse in recent years, with perpetrators at the receiving end of unabated and vehement condemnation. Regularly broadcasted on national television are the emaciated faces and scrawny frames of victims of maid abuse, bearing the stamp of prolonged periods of ill-treatment and consequently sparking bouts of public outcry.
However, beyond problems visible to the public eye lies a graver, more insidious operation in the maid industry that perpetually perturbs practically all foreign domestic workers (FDWs) – exorbitant recruitment fees.
In July 2014, banners were found on display at shopfronts in Katong and Bukit Timah Mall, promoting “FAST delivery” and “$1 maids”. These maid agencies were subsequently warned by the Ministry of Manpower (MOM) against insensitive advertisements that likened maids to goods.
While the MOM acted with commendable promptness in this matter, I was more worried than heartened by what the ministry had done, or more specifically, what the ministry had not done. The problem of the disrespectful display of signs commodifying FDWs certainly had to be addressed, but it was one that could be resolved with an immediate injunction and regular surveillance.
What truly had to be thoroughly investigated and acted upon were, in my opinion, the circumstances which permitted the employment of “$1 maids”. What might seem to be a mere business strategy to gain competitiveness in the saturated industry is a reality far more troubling and ugly.
Maid agencies in Singapore largely operate behind closed doors. In 2010, the MOM capped fees charged by local agencies to maids to a maximum of two months’ salary for a two-year employment contract. However, the enactment of such a policy has hardly seen an improvement in the plight of FDWs.
In an interview I conducted with Ketut Siti Nurjubaedah to learn more about the problem, the 26-year-old Indonesian FDW revealed she was asked to shell out S$4,000 of recruitment fees to her agency in Indonesia, an obscene amount in relation to her meagre monthly salary of S$400.
What this underscores is the existence of unreported monetary transactions between local and foreign maid agencies, a practice that has developed over time to help some local agencies cope with the constraints imposed by the government. The policy has, however, earned little compliance from most other agencies, which skilfully (and successfully, strangely enough) circumvent the law with claims of having to charge FDWs more to cover fees with foreign agencies.
Jolovan Wham, Executive Director of Humanitarian Organisation for Migration Economics (HOME) and an advocate of the rights of migrant workers said: “It’s a practice that traps women with a lot of debt and makes them endure all sorts of abuses to eventually get their salary, from emotional to physical and sometimes even sexual abuse.”
Siti’s case is certainly not an isolated one. Many FDWs in Singapore continue to find themselves neck-deep in debt after eight to nine months of employment.
As this problem gains conspicuity particularly in the international arena, it brings with it immense political, societal and economic ramifications. It will be untenable for the Singapore government to maintain its veneer as an inclusive country that actively protects the rights of minorities while continuing to exercise unwonted leniency towards agencies which have indisputably violated the law.
The Singapore government has always been prompt to engage in cross-border discussions, particularly on issues pertinent to the well-being of its people, citizen or not. Besides, the government has built a reputation out of its efficacy in policy-making and stringency in its meting out of punishment. Why then has this problem not been given due attention?
I am both eager and fearful to know if the government is closing an eye to the existing problem because of reasons we do not know of? If not, why is this problem which has plagued FDWs for many years unsolved, particularly in Singapore which prides itself as a country that recognises and values human rights?
A plausible analysis of this problem could be undertaken through the recognition of the power structures at work, where the Singapore government and maid agencies wield inordinate power over FDWs, of whom are often rendered powerless and vulnerable as a consequence of their low education, unfamiliarity to the country and fear of being sent home. A general passivity of FDWs hence supports and encourages the insouciance of the government, which may (or may not) have vested interests in sustaining the operations of maid agencies.
FDWs are certainly not any less human than you and I are; attracted by the promise of a means of livelihood and higher wages, approximately 220,000 FDWs leave their hometowns for Singapore annually in hopes of supporting themselves and their families.
Imagine the despair and frustration they must feel to have their monthly wages indefinitely claimed by the very agency that had given them hope of financial independence.
Let’s take a moment to ask ourselves, are we only moved to action when we see before our eyes the physical wounds caused by our actions, as in the case of maid abuse?
Because if that is the case, very often, it is what is unseen that hurts the most. It is time we give these FDWs what they deserve.
—
Article was first published in The Kent Ridge Common. Republished with permission.Follow us on Social Media