Is Singapore facing a ‘Nokia Situation’?

There is a fundamental need for Singapore to rebuild its capacity to take risks and learn from its failures, though this goes against ingrained conservatism and conformism lest it go the Nokia way. The phone maker's success later proved its own undoing as it gave rise to conservatism and hubris which, over time, resulted in its decline 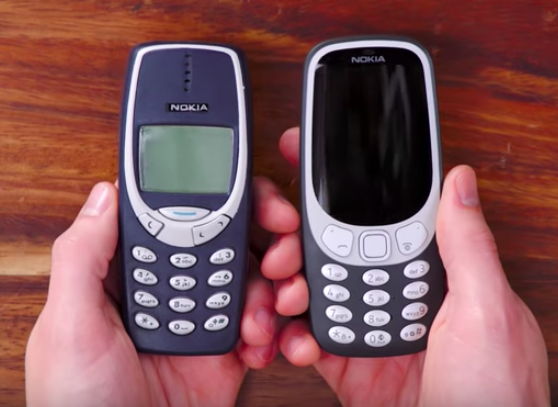 The world has changed significantly with fundamental shifts in technology, economics and
the international order. Many solutions of the past no longer work in today’s world. A good
example of how ‘business as usual’ can lead to a collapse is that of the technology major
Nokia in the early 2000s. Lessons from Nokia’s case may enable Singapore to avoid
facing a comparable ‘Nokia deterioration’. History doesn’t repeat itself, but has a tendency
to rhyme.

Singapore is currently beset by fluctuations in its domestic socioeconomic arrangements
and the international political order. Arrangements that formerly protected and benefited it
are shifting. Weaker international security frameworks amid the US-China strategic rivalry;
an erosion of the international economic and legal order as countries pursue their self-
interest in an antagonistic manner; and growing global populism and nationalism drive
protectionism and inward-looking public policies.

Additionally, like many countries, it faces growing income inequality, which feeds social
disharmony and political discontent. This is exemplified in the Brexit and the civil unrest of
Hong Kong.

This is notwithstanding the disruption of the modern workplace and displacement of
workers that comes with our ageing demographics, the industrial shifts brought about by
the 4th Industrial Revolution, and the question of what happens when 99-year HDB leases
end. Many of these factors do not favour Singapore’s technocratic top-down model.

The lesson of Nokia’s decline

On a historical basis, Nokia has proven adaptable to reinventing itself as it transitions from
business to business, ranging from paper and electricity to rubber boots. But in the 1990’s,
the Finnish firm divested of its various units and doubled down on mobile devices and
telecoms.

It developed its first smartphone as far back as 1996 and invested substantially in research
and development. However, it could not commercialise much of this into consumer
products. What it was unable to do, though, was to translate all that R. & D. spending into
viable consumer products.

Figures from research & advisory firm Gartner indicate that Nokia’s smartphone market
share in 2007 was 49.4 per cent and estimated to be earning more than 50 per cent of all
profits in the mobile-phone industry. By 1H2013, it held only 3 per cent of the smartphone
market.

Arguably, this can be traced to a failure to properly integrate both hardware and software
in their development process, unlike Apple which maintained both were of equal
importance. In fact, Apple encouraged staff to operate in multi-disciplinary teams when
designing products. Other factors at play include an underestimation of the smartphone
phenomena and an overestimation of its brand strength.

“The Decline and Fall of Nokia”, a company profile written by David J. Cord and published
in April 2014, argues that Nokia’s decline was also due to pervasive bureaucracy, leading
to institutional paralysis and an inability to act; destructive internal competition and faulty organisational structure; and an incompetent middle management that inhibited its ability
to commercialise innovations.

Fundamentally, Nokia was enthralled to its past success and interpreted the future through
a lens of hubris and complacency. Its decline was rooted in institutional reluctance to
transition into a new era and an overestimation of its own brand strength.

In a 2017 feature for INSEAD Knowledge, “The Strategic Decisions That Caused Nokia’s
Failure”, Yvez Doz, INSEAD Emeritus Professor of Strategic Management, observed:
“Nokia’s decline in mobile phones cannot be explained by a single, simple answer:
Management decisions, dysfunctional organisational structures, growing bureaucracy and
deep internal rivalries all played a part in preventing Nokia from recognising the shift from
product-based competition to one based on platforms.”

“Nokia’s mobile phone story exemplifies a common trait we see in mature, successful
companies: Success breeds conservatism and hubris which, over time, results in a decline
of the strategy processes leading to poor strategic decisions. Where once companies
embraced new ideas and experimentation to spur growth, with success they become risk
averse and less innovative. Such considerations will be crucial for companies that want to
grow and avoid one of the biggest disruptive threats to their future – their own success.”

Reviewing the declines experienced by Nokia, as well as Blackberry, in the late 2000’s and
the early 2010’s, parallels can be drawn to Singapore’s contemporary situation. INSEAD
research argues that Nokia’s demise in mobile phones was rooted in “inferior technical and
organisational choices made in the early and mid-2000s”, leading to its deterioration of a
strong franchise.
In an opinion piece, “What will it take for Singapore to succeed in it’s next lap?”, Manu
Bhaskaran, head of research at economic consultancy Centennial Group Inc, notes: “A
nation’s adjustment capacity depends on two factors — the government’s top-down
capacity to effect necessary changes and the more spontaneous bottom-up adaptation
efforts of companies, civil society and individuals. We [Singapore] would argue that our top
down capacity was impressive in the past, remains intact in some areas, but has
diminished overall. The bottom-up dimension has been weak in the past and remains so.”
As a society, Singapore needs to refocus and capitalise on its strengths and re-look at how
the different segments of society, private enterprise and the state interact. There is a
fundamental need for its society to rebuild its capacity to take risks and learn from its
failures, though this goes against ingrained conservatism and conformism.

Bhaskaran argues for a need to “rebuild society’s capacity for rigorous self-inspection”,
empowering individuals and non-public sector actors to experiment. Such actors can
highlight trends the public sector may overlook or underestimate. Furthermore, they should
have the freedom to question policies more deeply, rather than simply relying on
government information and data.

To an extent, the state of Singapore’s public capital markets arguably mirror this decline.
Stock markets reflect the overall economy and its growth prospects. “Access to Public
Capital Markets and Employment Growth”, by Borisov, Ellul and Sevilir, published by the
Center for Economic and Policy Research in 2015, finds that post-IPO firms significantly
increased investment in human capital.

The lacklustre activity seen in Singapore now suggests possible further deterioration. Over
the last five years, Singapore has lost out to regional bourses and cannot even be
considered a rival to Hong Kong’s equity franchise. This trend is an indicator of its long-
term competitiveness and sees Singapore-based brands such as Razer, Sea Ltd, and
PropertyGuru pursuing IPOs abroad.

Sharing his views on this state of affairs, Inderjit Singh Dhaliwal, formerly a
parliamentarian with the PAP from 1996 to 2015, observes: “The world today is much
more complex than the world 50 years ago when Singapore was founded. At that time, the
population was less educated and depended on the handful of well qualified leaders to
build a nation.“

“Today, not all the best talent is in government, they are everywhere in society.

Governments no longer have the sole wisdom in solving future problems. The people need
to play a bigger role in nation building and the government needs to trust the people more
and be prepared to share the stage with the non-public sector actors. Singaporeans also
need to stop their over-dependency on government, because the government cannot
possibly solve all their problems and we should not expect them to do so.”

If Singapore wishes to avoid emulating Nokia’s decline, broad and fundamental reforms
are essential. Rather than stealing other peoples’ lunches, it might be wiser to work with
willing partners to cook more meals, expand its menu and spice things up, lest people
choose to eat at other tables.

Singapore – A video of a woman holding up an umbrella for passengers exiting a bus to keep them dry from the rain has warmed the hearts of the online community. On Sunday (Jan 24), Facebook page ROADS.sg uploaded a video with...
View Post
Featured News

Singapore -- A woman looking for the family's pet Pomeranian was devastated to see a three-metre-long python wrapped around the dog near her Holland Link residence. The 39-year-old Australian national shared with zaobao.com her experience of searching for the dog, called Mia,...
View Post
Featured News

Here we are at a very interesting week – with a couple of events both local and abroad which have repercussions for what lies ahead. Decisions, decisions, decisions. There’s Donald Trump. He’s out. Maybe not down yet. He says “We’ll be back.”...
View Post