The Independent Singapore News
Home News Featured News Is PAP trying to rally Singaporeans with propaganda and half-truths at the...

Is PAP trying to rally Singaporeans with propaganda and half-truths at the 2016 NDR? 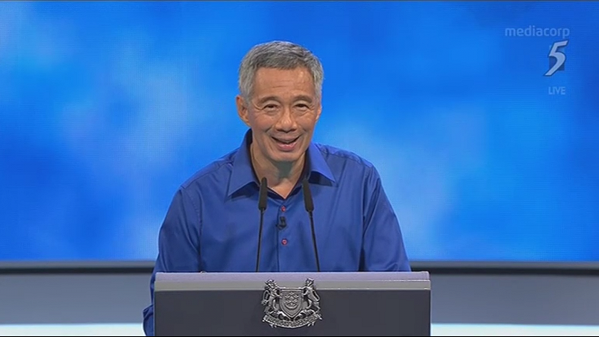 I refer to PM Lee’s 2016 NDR speech. As with previous NDR speeches, it was yet another occasion for shameless self praise and, of course, propaganda.

In his 2015 NDR speech, PM Lee went as far as claiming we were already one people, bragging about our “good government”, government’s “honesty when it comes to policies”, etc. Sure or not born and bred Singaporeans feel like one people with new citizens from third world countries? Any new ideas to tackle PAP-created problems? Sorry, there was none because our economy had already maxed out. Can rally Singaporeans like that meh?

In his 2014 NDR speech, PM Lee wasted our time by telling us how impressed he was with government-linked Keppel Corp. Since then, $10 billion has been wiped off KepCorp’s market capitalisation.

PM Lee could not have been unaware that KepCorp was taking an extremely risky bet on oil prices staying high forever and constructed too many rigs to become the largest offshore rig maker in the universe. It’s not in hindsight that I am being critical but our scholars have always thrown caution to the wind because they have access to unlimited tax dollars to speculate with no accountability. Is there any business so easy as throwing money to make more money?

PM Lee had also tried to impress blur-like-sotong Singaporeans with lots of half truths about our flawed CPF scheme, strengthening national identity, Smart Nation, PAP MPs and stat boards doing their job, etc. No mention of self-created problems and their solutions.

In fact, every NDR speech is about PAP’s wonderful achievements, its indispensability, fear mongering, half truths, etc. Can rally Singaporeans like that meh?

Some of the issues highlighted in the 2016 NDR speech:

By incessantly paying tribute to, and associating with, only Joseph Schooling, PAP has sent a wrong message to other born and bred Singaporean Olympians. Are they invisible to PAP because they did not bring any glory to our country?

PM Lee has initially, and rightly, attributed Joseph’s achievement to his parents, coaches and self determination. However, he subtly claimed some credit for PAP when he said “And that’s how WE produced an Olympic champion in Rio”. Truth be said, PAP played no part in Schooling’s achievement. For PAP president, ministers and MPs to associate themselves in such a manner is to be as shameless as PAP MP Lee Bee Wah.

In fact, PAP has placed obstacles, such as the priority on serving NS, to prevent Singaporeans from achieving their dreams. One potential Olympic medalist was ‘Flying Fish’ Ang Peng Siong.

In a country where PAP leaders divide and conquer, ‘togetherness’ is but a figment of PM Lee’s imagination. What does pride embody? Our most expensive public housing?

When fellow Singaporeans are attacked, others simply stood by and watch. Or busy themselves with taking videos. Amos Yee was one such victim who was not rendered any aid when he was struck by an adult outside the Family Justice/State courts. In a subsequent incident, he was restrained by a stranger in full view of shoppers at Jurong Point. And again, nobody offered any help.

PM Lee: “Every generation doing better than the one before; looking ahead, acting now; giving the best chance possible for the next generation.”

From servicing public housing mortgages on a single income, dual incomes are now needed. Where public housing loans could be paid off in less than 20 years, it’s now a norm to take out a 25/30 year mortgage. Is the present generation doing better?

How is the government “giving the best chance possible for the next generation” when the economy has already “maxed out”?

PM Lee once mentioned “easy ways of driving economic growth..” but in reality, there was never an easy way to sustainable economic growth for any country. The fact is PAP has sacrificed our children’s future for short term GDP growth spurts which is tied to ministers’ million-dollar salaries.

PM Lee had also finally admitted “productivity is very tough to do”. Why?

The reason is obvious: For decades, PAP has been using a shortcut – increasing headcount – to generate economic “growth”.

Will the younger generation do better after their future has been sacrificed for short term gains? Perhaps only PAP thinks so.

The NDR speech is meant to be inspirational, to rally citizens. However, the government seems to be kidding by assuming that citizens could be rallied with abundant half truths, self praise and subtle propaganda.Follow us on Social Media