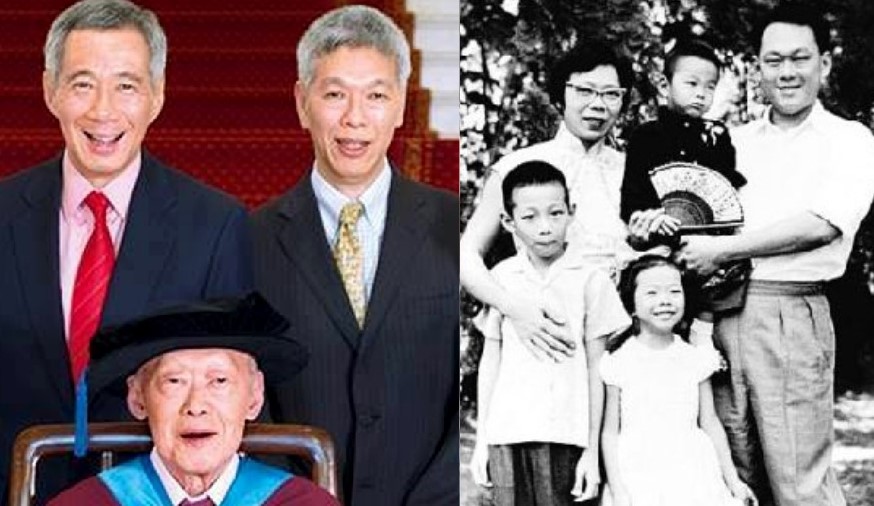 A poem Singapore Prime Minister Lee Hsien Loong shared on social media this week sparked questions on whether the head of Government is pining for the company of his younger brother, Lee Hsien Yang.

Sharing a picture of the supermoon on Facebook on Wednesday, PM Lee wrote that the moon reminded him of his favourite poem by Chinese poet Su Shi. PM Lee wrote on Facebook:

“My best try at capturing last night’s #supermoon. I’m sure many of you managed to snap better photos! Yesterday’s Chap Goh Mei moon was the biggest full moon of the year – surely, an apt way to mark the end of the #ChineseNewYear! It brought to mind a favourite poem of mine, by 苏轼”

The poem, entitled Water Melody, goes as such:

Water Melody
When did the bright moon first appear? I raise a cup of wine and ask the dark sky.
I wonder, in the palace of Heaven, what year it is this evening.
I wish to ride the wind and return there, yet fear the crystal towers and jade palace. Being on top, one has to bear the chill.
Rising to dance with the clear shadow; it doesn’t seem like it is the mortal world.
Revolving around the red pavilion, reaching under a silk-wrought door, shining upon the sleepless.
No resentment, but how come the moon is always full at times of separation?
People have sorrows, joys, partings, and reunions; the moon can also be dim, bright, half, and full. It has never been perfect since ancient times.
May human beings be blessed with longevity! Although a thousand miles apart, all can share the moon’s beauty together.

According to the Epoch Times, the poet Su Shi wrote this poem to reflect the preciousness of time spent with family as he was visited by his dearest youngest brother during the Mid-Autumn Festival.

This visit touched Su Shi deeply since he was very close with his younger brother and had been pining for his company. Epoch Times explains:

“Su Shi and his younger brother were very close. As a government official in a family of officials, Su was often separated from his loved ones. In 1078, his younger brother was able to join him for the Mid-Autumn Festival. Inspired by his brother’s visit, Su wrote the following poem to reflect on the preciousness of time with family.”

The differences between PM Lee and Lee Hsien Yang first spilled into the public domain in mid-2017 when Lee Hsien Yang joined his sister Lee Wei Ling in accusing PM Lee of using his influence to preserve their family home against their father, founding PM Lee Kuan Yew’s willed desire to demolish the house.

The younger siblings accused PM Lee Hsien Loong of using organs of state against them and alleged that he sought to preserve their home against their father’s willed desire to demolish the house, in order to bolster his own grip on power.

One and a half years later, the AGC filed a complaint against Lee Hsien Yang’s wife, Lee Suet Fern, to the Law Society.

The rift between PM Lee and his younger brother appears to have widened in recent months. Some speculate that Lee Hsien Yang has gotten fed up with his elder brother and that this has led to him openly associating with the opposition.

Earlier, Lee Hsien Yang publicly declared his support for Dr Tan Cheng Bock, who is set to face off against PM Lee in the next General Election. Lee was also seen with Dr Tan on two separate occasions, fuelling rumours that he may join the opposition to challenge his brother himself.

Lee Hsien Yang was also the first to give to the legal fund of blogger Leong Sze Hian, who is facing a defamation lawsuit initiated by PM Lee. When asked why he donated a “meaningful sum” to Leong’s legal fund, Lee replied: “Surely it needs no explanation?”

In a joint statement released in 2017, Lee Hsien Yang and Lee Wei Ling said that PM Lee has rebuffed their attempts at reconciliation and that during the “first Chinese New Year reunion after our father’s death, our brother invited all relatives except us”.

While some may take PM Lee’s latest Facebook poem to mean that he is now pining for his siblings’ company after everything that happened between them, it remains unclear whether he invited his siblings to his Chinese New Year reunion this year.

https://www.facebook.com/leehsienloong/photos/a.344710778924968/2300022276727132/?type=3&__xts__%5B0%5D=68.ARDqZ5YIpK9VuhfGz2Ya0SLSJRHk6giXMqh92pMzDYEVVv8J5y-PxeRiuXPBSYVbhY2VBXQsmLbR4fN93vynp-DcuoZEDLelNUiO5K_VNgepCDovTJn0bn_4sbPPMy08qtHE1H_QjARi9VVTGxvJGNBu–Nb1uhx5GO36al8hWBbzHBH-2kK-K1jrqWSSK2RK7MBICfMykiEsmnFUS0qNwETtpWzHVw1jwoX4JY3rNNJ0xqd0WJ53mjbScXlsDf8WLdQIrY23SCNhwGgH0nWTyrsKXIqeBiKIJbHrkWB0cm11c-ShfJKAOzii64gWSZVvVRalppFOYNe8KuHvypZNrGQQQ&__tn__=-RFollow us on Social Media