Singapore tolerates no corruption internally, especially within the ranks of its public service. Officials who are accused face thorough investigations by the Corruption Practices Investigation Bureau. Officials who are caught face fierce prosecution and lengthy jail sentences. Even the prime minister himself had to be exonerated by his fellow parliamentarians last year when his relations alleged he misused his power and state agencies to settle a personal dispute.

It is a fine set of principles to live by, garnering accolades for the tiny, resourceless island nation. Transparency International ranks Singapore 7th least corrupt in the world. Its intolerance of corruption makes it one of the most friendly places to do business as well.

Yet the recent corruption scandal involving Keppel Offshore & Marine in Brazil (a subsidiary of Keppel Corporation) raises questions about whether Singapore’s intolerance of corruption overseas, despite the declarations by its prime minister that “the actions of Singaporean citizens overseas are treated the same as actions committed in Singapore, regardless of whether such corrupt acts have consequences for Singapore”, and despite signing and ratifying a global anti-corruption agreement. 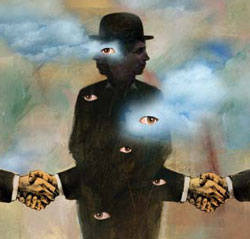 Should you be shocked about Keppel’s corruption?
- Advertisement -

We note that since corruption allegations surfaced in 2015, Keppel conducted a consistent campaign to deny any corruption had taken place. Keppel exonerated the senior company officials who were accused, denied any bribes were paid from 2001 to 2014 to Brazil’s Petrobas and the Workers Party till the collapse of the left-wing Brazilian government from corruption scandals.

We note that Keppel Corporation has paid fines to regulators in the USA and Brazil. While Keppel will not formally admit wrongdoing, the fact that it paid the regulators is a fact that speaks for itself.

Hence, the decision for Singapore’s anti-corruption agency to issue Keppel only a stern warning is the cause for concern.

We note that the bribes were paid for more than a decade, and that at this time, a total of 17 Keppel senior employees face disciplinary action within the company. This suggests the bribery was part of company policy, and it involved an entire overseas operation. To put it bluntly, it is highly likely that every senior employee working for Keppel in Brazil knew about it, and knew that it was company policy.

Questions need to be asked to say, Keppel Chairman and former cabinet minister Lee Boon Yang, despite what appear to be pro-forma statements of regret and disappointment: Did Keppel headquarters know about, authorise, or endorse the decade-long bribery in Keppel O&M’s Brazil operations? Do his duties as chairman of the board include committing the company to any corruption or anti-corruption policy? Did Mr Lee Boon Yang and other Keppel board members discharge their duties sufficiently, carefully, and thoroughly, in light of the bribery admission?

Is this corruption bigger than Keppel or Lava Jato?

We note that Keppel is still a flagship company in a flagship industry of Singapore Inc. Several of Singapore’s leaders (for example, current minister Ong Ye Kung, who is rumoured to be in the running for the next prime minister, was “director of group strategy” at Keppel) either hail from Keppel or the marine industry (notably, former prime minister Goh Chok Tong rose from Neptune Orient Lines). Keppel is also one of the pastures where Singapore’s senior civil servants receive big fat sinecures after their retirement from public service (for example, Ho Tong Yen, former director in the Ministry of Information, Communications, and the Arts, and the previously mentioned minister Lee Boon Yang).

We note that Choo Chiau Beng, one of the Keppel executives accused of bribery, was not just Keppel O&M’s CEO during that period but also Singapore’s non-resident ambassador to Brazil. Shockingly, in the beginning of 2014, Choo was appointed as senior advisor to the Keppel board of directors after his retirement. This is troubling, given how Keppel is part of both Singapore Inc as well as Singapore’s sinecure machine.

Choo’s concurrent positions as former Keppel CEO and non-resident ambassador potentially open the door to several questions, such as:

Why did the Ministry of Foreign Affairs (MFA) approve the top official of a company as ambassador to a country where he will be involved in business dealings for the company?

Is this selection of Choo typical of MFA policy?

Are ambassadorships not just sinecures for public servants but also GLC senior executives?

Did the Ministry of Foreign Affairs realise the conflict of interests that this would create?

Did Choo’s status as a diplomat, with diplomatic immunity, enable Keppel to carry out a longstanding campaign of bribery in Brazil, with apparent impunity?

Did MFA know about Choo’s activities in Brazil and dealings with Petrobas and Java Lato, and when did the ministry know?

As a non-resident ambassador, it follows that Choo was not stationed in Brazil for any significant period of time. Why have Keppel offices in Singapore not been raided?

Given that Choo was appointed “senior advisor” to Keppel’s board of directors, did he discharge his duties to the board, with respect to timely and honest disclosure of the Keppel bribery in Brazil?

Given that minister Ong Ye Kung was director of group strategy at Keppel until 2015, what did he know about the bribery case?

This article first appeared on the author’s website here.Follow us on Social Media