In the fourth wave of disruption, SMEs present an interesting partnership opportunity 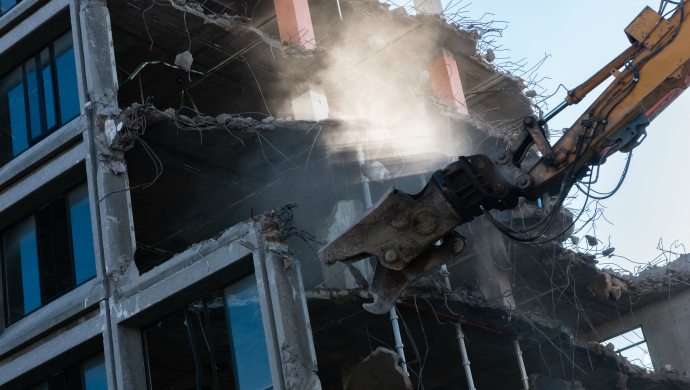 Yes, it is now time to explore ways to work with corporates, but SME business owners may be an untapped pool of angel investors

The fourth wave of disruption is coming. (If you have been sleeping during the last few years, here is a good article on it).

Technology innovations have disrupted business during each wave and in some cases made them obsolete. Will today’s enterprises be washed away by a tsunami? Or will they be able to ride the wave to greater heights?

In the first wave, steam power transformed society in tremendous ways. With the steam powered engine, we could ferry goods across oceans more reliably throughout the seasons, while steam powered trains allowed us to transverse vast and difficult terrains when previously societies had to rely on horses.

The second wave saw the “creation” of the electricity. Edison’s invention of the electric lightbulb allowed cheaper and longer access to light. No longer were poor children (whose families could not afford the expensive candles) studying near the window under the moonlight.

Also Read: [Discussion] It is raining Alibaba and Tencent news in SEA, but is it nourishment or acid rain?

The telegraph was invented to facilitate communication across huge distances. Commanders were quick to realise its usefulness in understanding the battlefield. With first hand and timely updates, they used that power to gain insights and to win wars. Then society benefited with the invention of the radio, which helped in bringing news & information to the masses.

The electronics age brought about the widespread use of smartphones, emails, the worldwide web – all wonderful products of the third wave. Without the third wave, I would not have been able to type this on a computer and nobody would have the tools to actually read the text.

In each wave – there were winners and losers. Pockets of people who risen in society and some who were left behind.

The fourth wave is coming. Or perhaps its already here?

Large corporations have taken note of the massive disruptions to services like the cab industry, which has roots dating back as early as 1798.  Suddenly, after 2015 years, it was disrupted from fast, aggressive new entries like Uber and Grab.

Some corporates were quick to experiment and explore new technologies to take advantage and propel their business. Many of them started engaging with start-ups and choose not to see them as threats, but as a potential a symbiotic relationship.

For example, the Singtel Future Maker accelerator is a joint initiative between Singtel, Optus and Globe. The Finlab is a joint venture between SGInnovate and UOB.

Small and medium businesses can also benefit by keeping their mindset open, and a pulse on the ground. Being smaller but nimble, they can relate to the challenges of startups  and form unexpected alliances.

Startups looking to grow their business do not have to look only at MNCs for partnerships. SME owners are present a large pool-of-opportunity to find untapped angel investors and mentors that understand the day to day of operating a small company.

Evolution comes in mysterious ways and sometimes quite unexpectedly. It is, however, quite certainly not a stroke of luck.

The discovery of penicillin by “accident” was the result of hard work and constant curiosity. Toil for long enough and “accidents” will happen. It took foresight, ambitious & tenacity. Sometimes, the road to Rome might not be as direct as it seems on a map.

If businesses not do begin to embrace the fourth (startup) wave readily, they might find failures in their future.

If Edison had knowledge of our current startup terminologies, he might not have said in his famous quote, “I have not failed. I’ve just found 10,000 ways that won’t work.” but perhaps “I have pivoted 10,000 times”.

The post In the fourth wave of disruption, SMEs present an interesting partnership opportunity appeared first on e27.