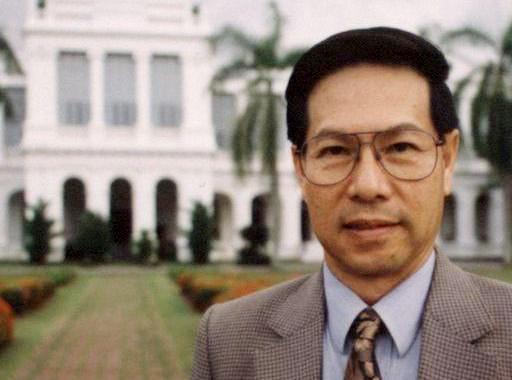 Law Minister K Shanmugam asked: “Do you or do you not want to give that power, real power to the President?”

Sorry but that is a stupid question.

Because once upon a time, the Elected President actually had real power. But what happened?

The govt changed the law and made him have less power, after the govt was questioned by then president Ong Teng Cheong.

Eh, this is bodoh leh (stupid).

The Presidency and the Constitution are nothing more than a piece of roti prata, flip flopping with the self-serving political hot air coming out of the mouths of ministers.

The highest office in the land is like a political football, kicked around like a powerless eunuch, even as the govt make a show of wanting him to have real power.

How to have real power when one day he is appointed, then the next day he is elected; then he has real power; then those power are taken away; then he can be anyone, then he can only be a minority; then he must qualify with certain criteria; and then those criteria are changed; then now we want to revert him back to appointed president; but PM say he has to be elected.

Seriously, if the highest office in the land, which is supposed to be the so-called check on the govt, can be manipulated by the very institution which it is supposed to check, then all this going on right now must surely be nothing more than a wayang.

How else can it be?

If you are part of the 69% who voted for the PAP, make no mistake that what we are seeing today is entirely possible only because of the vote you cast last September.

So, if you had voted that way, please don’t make a show of being incensed at what is now happening.

You made it possible.

If Ong Teng Cheong were alive today, he’d be laughing his teeth off at the clown show being played before us today.

Read this interview [HERE] Mr Ong gave, if you haven’t read it before. Mr Ong was the first Elected President with real power and who actually exercised those powers to get the govt to be accountable.

Read what he said and then yes, ask yourself what the hell Shanmugam is talking about.

What we need is a president with real powers [if an elected president is what we want], and those powers must be enshrined in the Constitution without giving the govt the powers to change them as and when they feel like it.

For if they were able to do so, as indeed they are, how on earth is the president supposed to be a check on them?

The real problem for us is that all presidents since Ong Teng Cheong were PAP-approved ones, who have not raised significant questions during all their terms; or have shown that they are and can be independent, as President Ong did.

That is the problem.

It is not whether they are Chinese, or Indian or Malay.