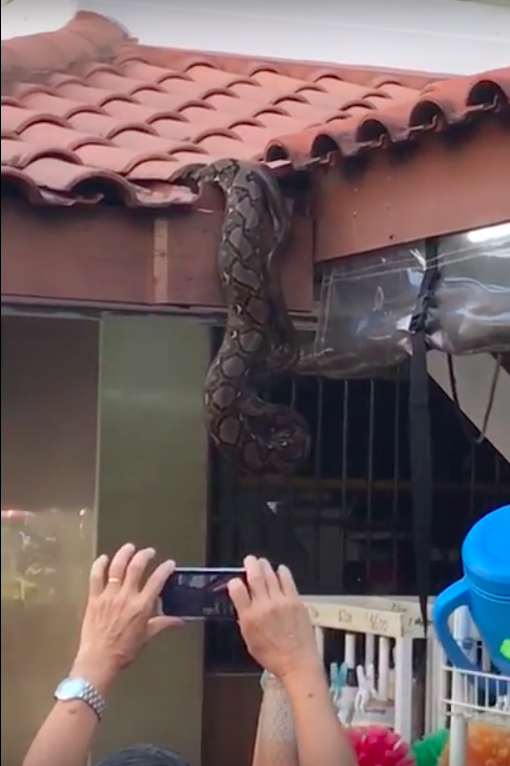 A huge python was seen on the roof of the Bukit Batok wet market this morning.

It was seen to be slithering at the corner of the roof. It’s kill, a rat lay at the bottom, near a drain.

In the time that it was there, a huge crowd had already gathered and everyone was using their mobile phones to take videos.

ACRES was called over to the scene this morning. They created a hole in the false ceiling of the shophouse, and an ACRES spokesperson said that the snake was not in view.