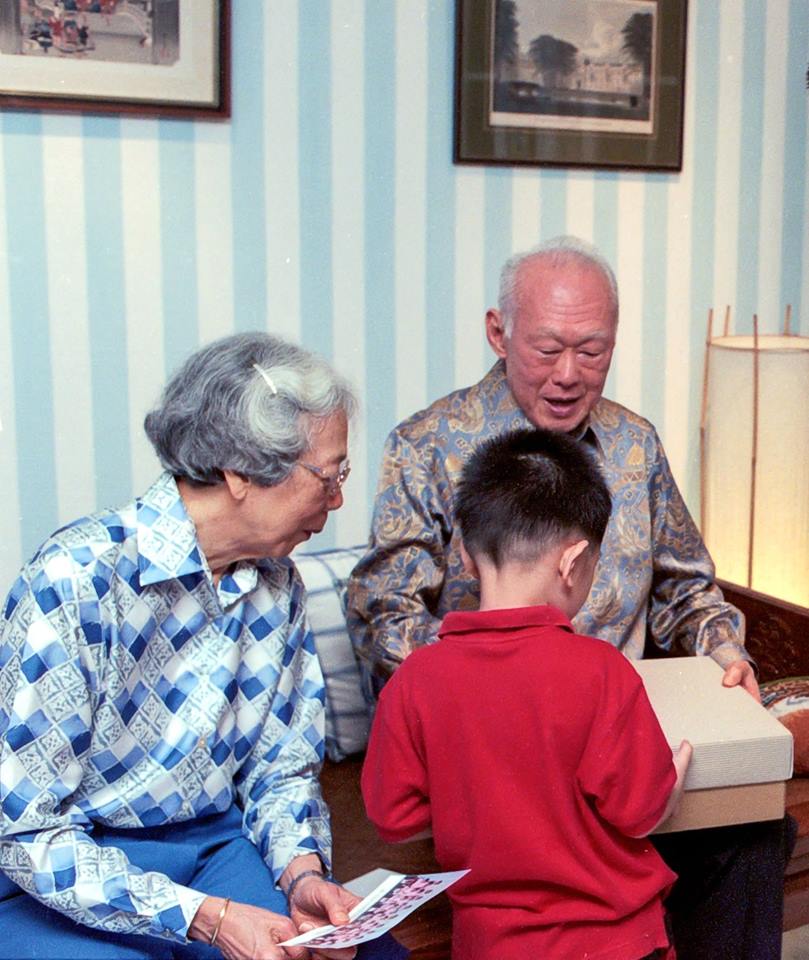 Singapore’s first Prime Minister Lee Kuan Yew’s (LKY) younger son today shared one of his dad’s tender moments with his grandson. Today is LKY’s birthday. He would have been 94 if he was alive. He died two years ago on 23 March 2015.

We always celebrated Papa's birthday with dinner at our home. It gave him and Ma much joy to have the grandchildren around. This photo was taken in 1999.

In sharing the picture taken in 1999, the younger Lee said: “We always celebrated Papa’s birthday with dinner at our home. It gave him and Ma much joy to have the grandchildren around.”

It is unclear if the child in the picture is Lee Hsien Yang’s son, Li Shengwu. Mr Li recently fled Singapore claiming that he feared being detained by his uncle’s government if he remained here. His uncle, Prime Minister Lee Hsien Loong’s office has described that Mr Li’s suggestion as ‘inaccurate’.

Mr Li had taken the side of his father and aunt in their bitter feud with their elder brother. Mr Lee Hsien Yang and his older sister Dr Lee Wei Ling are embroiled in a huge national controversy with PM Lee and his Government over their parent’s property at Oxley Road.Follow us on Social Media