The Independent News
Business & Economy Startups How the son of a humble watch repairer became the owner of... 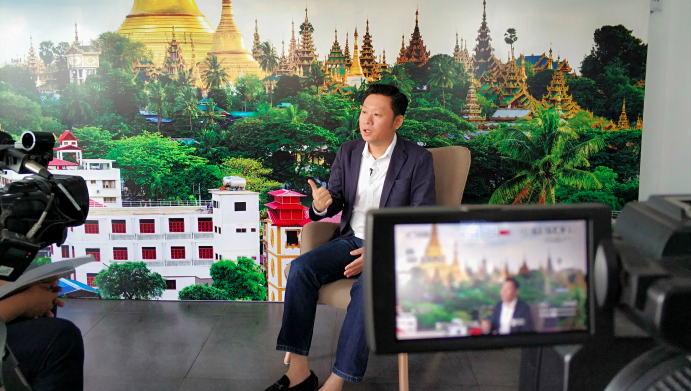 Nay Min Thu would never have become what he is now, had he not attended, by chance, a motivation class  in Singapore back in 2009. And thanks to his grit, determination and perseverance, Thu is now the owner of a multi-million-dollar realty tech startup in Myanmar.

Thu was born in lower-middle class family in the small town of Pyay in Central Myanmar, with a population of 200,000 people. His father, a primary school dropout, did watch repairing to eke out a living, and later, opened a small retail shop to take care of his family of seven.

As the sole bread-winner in the family, he struggled to make ends meet in the initial years. Unable to see him struggle to provide for the family, Thu and his siblings decided to help out the father in the shop.

“From the age of ten, I worked at my father’s shop. It was as a huge learning experience — I learned how to repair watches, change battery and straps, etc. I also learned how to negotiate prices with customers. Looking back, I now realise that helping out my father in his shop was sort of a training for me to become an entrepreneur,” Thu recounts his story to e27.

Being the youngest of all, Thu was his father’s hope to make a turnaround in life. After finishing school, Nay was sent to Singapore to pursue higher education. He enrolled into the Banking & Finance programme in Singapore Polytechnic.

“When I was studying in Singapore, I had to overcome many obstacles. I couldn’t speak English fluently, and was looked down countless times for not being able to speak the language. Also, I had to do many odd jobs to survive  — as a kitchen helper, waiter, sales promoter, etc.,” he recalls.

Also Read: Making a (S)move: How these founders fought against all odds to build a successful business from scratch

“One day when I ran out of money, I decided to sell my blood for US$30 to a medical research company. The company officially regarded it as a blood donation, however, they reimbursed me for my time and travelling expense. That was one of my lowest points, as well as a motivating factor in my life,” he continues.

After graduation, Thu landed a job at Citibank Singapore. Although it was a high-paying job, he found it extremely boring. “Day-in and day-out, I did data entry, data analysis and report writing — the same routine work almost every day. So, after a year, I decided that enough is enough, and quit the firm,” he smiles.

Initially, he wanted to open a shop to sell noodle soup but didn’t have sufficient funds to do so. Around the same time, he got accepted into Nanyang Technological University (NTU). He then majored in Business and minored in IT at NTU. He realised IT was his true calling and he fell in love technology.

“During my second year at NTU, I took up a freelancing job of designing websites for corporate clients. After a few months, I realised that I would not be able to make decent money out of it. So, I vowed not to work for an external company in my life, and that I would become a successful entrepreneur one day,” says Thu.

Just before graduating from NTU, he formalised his website design business as a corporate entity called ZillionTech.com. “I started ZillionTech in a small office of 70 sqft in the Bugis area in Singapore in 2008 with my  savings of US$1,000. It was a one-man show; I did everything, from meeting clients to closing sales, from coding websites to invoicing. To save money and travelling time, I decided to live in the office.

I slept on the floor beside my office table. I showered in the office toilet. I struggled for over a year. In 2009, my bank balance hit zero many times. I couldn’t even pay my office rent and had to barter-trade my web design services with the office landlord. I had to eat instant noodles for a whole month. I sometimes had to skip meals to save money. That were the darkest hours of my life,” he shares.

The turning point in his life came in September 2009. By a twist of fate, he got to attend a motivational seminar conducted by the world famous life coach Tony Robbins, and realised that he needed to change his mindset to succeed in life. “I came to realise that I was working too many hours a day – up to 18 hours sometimes, and that I was charging too low (about US$499 per website). I then raised my prices and started looking for ways to scale things up.”

At that time, iPhone and iOS App Store were becoming popular among consumers. He decided to try his luck in the mobile app business and started learning how to code iPhone apps, using ebooks and online tutorials. He then started developing and selling various lifestyle apps on the App Store.

To his surprise, his apps went viral and sold like hot cakes without any marketing. Within a year, the business was raking in over US$30,000 a month. He hired a few people and then expanded into other IT businesses. Within the following two years, he became a millionaire by the age of 30. To reward himself and to celebrate the success, he bought a million-dollar house in Singapore.

“Thanks to iPhone and Steve Jobs, I became a millionaire by 30. I managed to capitalise on the gold rush of early smartphone era. I went from sleeping on the office floor and showering in the office toilet to living in a million-dollar dream home within three years. During my hunt for my dream house, I also fell in love with the real estate market. I decided that my next business should be in real estate,” Thu adds.

Sometime in 2012, when Thu went back to his home country on a vacation, Myanmar started opening up its economy and he sensed massive opportunities in the real estate domain. He moved the operations of his business to Myanmar from Singapore. He then started a property classified website, called iMyanmarHouse.com, with two employees in late 2013.

“Since then, the business has been on a rapid rise. The company now employs over 100 people across four offices. Although Myanmar’s real estate industry has been on a downward trend during the same period, our company grew tremendously year over year because of our innovative solutions,” he continues.

“We constantly innovate our solutions and services. Innovation has been our main strength. Our hardcore customers stopped using traditional print advertising and completely switched to using us. We are able to deliver more bang for their buck,” Thu goes on.

“We sold over US$7.7 million worth of properties within two days of launching our first pilot project. That was really unheard-of in an emerging market like Myanmar. We made huge news in the industry. Pretty soon, property developers were flocking to us to seeking our help sell their unsold stock and new launches. We have been unstoppable since then. We have achieved a total transaction value of over US$320 million recently,” Thu boasts.

With over 550 developers, 2,200 agents and 300,000 property listings from all over the country on board, iMyanmarHouse.com has now become a formidable company in the real estate industry in Myanmar. It now offers one-stop solutions for housing needs.

During its journey, iMyanmarHouse has also raised multi-million dollars in funding from Frontier Digital Ventures, an ASX-listed VC firm.

“Everyone in the industry, including agents, developers, appraisers and consumers, have enormous trust in us. They look up to us and use our services. Home buyers, on average, spend about two months to hunt for their dream home in Myanmar. We have been able to shorten that process to just seven days with our innovative home buying process – from shortlisting to viewing, from making an offer to applying a mortgage loan,” Thu explains.

Thu, who considers both Myanmar and Singapore his home, has written a book on entrepreneurship and became one of the best-selling authors in his home country. He regularly gives motivational talks to aspiring youth entrepreneurs.

“Entrepreneurship is about setting goals, never giving up and relentlessly pursuing them. At the end of the day, like Steve Jobs said, why not make a dent while you are here?,” Thu asked, concluding the conversation.

The post How the son of a humble watch repairer became the owner of a multi-million dollar realty tech startup appeared first on e27.