Here are 5 K-pop idols joining the military this month

With the good news of having our K-pop idols back in the scene, there is also a time to bid farewell to our K-pop idols that are enlisted to the compulsory military service in Korea.

In the midst of the coronavirus lockdown, fans have been looking forward to K-pop idol comebacks, debuts and more. But with the good news of having our K-pop idols back in the scene, there is also a time to bid farewell to our K-pop idols that are enlisted to the compulsory military service in Korea. This month sees five K-pop idols enlisting in the military.

BTOB’s Sungjae and Hyunsik are the band’s fourth and fifth member to enlist into the army after group leader Eunkwang (discharged on 7 April). Cube Entertainment announced that Sungjae would be leaving SBS’s Master in The House. The actor/band member revealed on 3 May that his enlistment date is 11 May. Sungjae asked his fans to support his upcoming project, Mystic Pop-Up Bar. Cube Entertainment also announced that Hyunsik will be enlisted on the same date as Sungjae.

Jinho and his PENTAGON teammates are competing in a music show Road to Kingdom but fans will be missing his majestic voice while he is away in the army. PENTAGON will continue participating in the show as a seven-member group in the meantime.

Suho, the leader of EXO, a multi-platinum boy group released his solo debut mini-album, Self-Portrait on 30 March as a gift to fans before his enlistment. Suho is the third member of EXO to enlist following Xiumin and D.O. 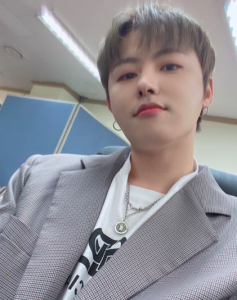 BLOCK B’s U-Kwon is joining the military the mid of this month. Picture: InstagramU-Kwon is the fourth member of BLOCK B to serve in the military following members Jaehyo (already discharged in December 2019), Taeil and B-Bomb. /TISGFollow us on Social Media