Entertainment Celebrity "He wrote me beautiful letters" - Trump on how he "fell in... 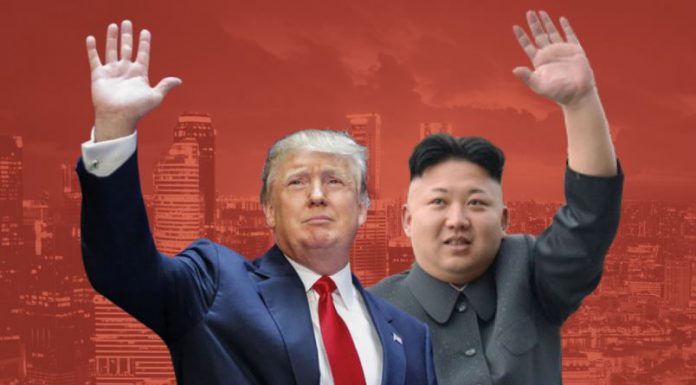 US President Donald Trump professed his “love” for North Korean leader Kim Jong Un yesterday, about two months after he met Kim at the highly anticipated US-North Korea summit that was held in Singapore.

Speaking at a rally in West Virginia, President Trump indicated that he and Kim have long moved past their fraught Twitter rows – where they exchanged insults like “rocketman” and “dotard” – and said rather earnestly that they “fell in love”.

The president first said, “I like him, he likes me. I guess that’s okay. Am I allowed to say that?” before talking about how they went “back and forth” as the summit was coordinated.

When North Korea showed aggression and signalled that they would not be willing to commit to denuclearization after the summit was announced, President Trump made the decision to pull out of the summit.

After days of talks between the two countries, the US agreed to go ahead with the summit that occurred in July and saw Kim agree to work towards denuclearization.

President Trump said at the rally that after this “tough” period, “…we fell in love, okay. No really. He wrote me beautiful letters, and they’re great letters. We fell in love.”

Trump indicated that his good relationship with Kim has helped in the process for North Korea to move toward denuclearization.

Trump says this — earnestly! — about Kim Jong Un: "We went back and forth, then we fell in love. He wrote me beautiful letters. And they are great letters. We fell in love." pic.twitter.com/05KpsRgkZJ