The Independent News
Home News Has demonetisation in India met its purpose, or is it just another...

Has demonetisation in India met its purpose, or is it just another failure? 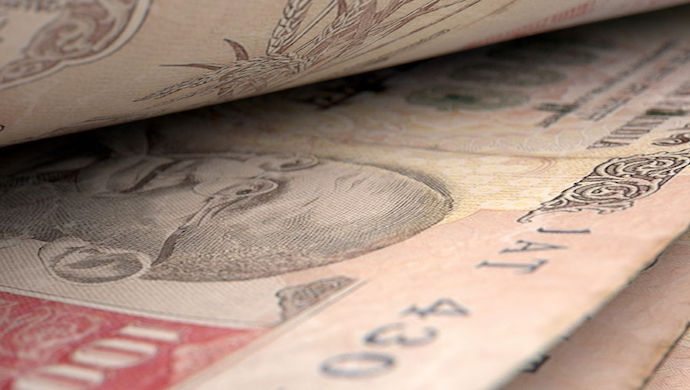 It’s been nearly six months after the Prime Minister of India, Narendra Modi announced the demonetisation that led to a huge cash crunch in Indian economy.

We all know that the Reserve Bank of India, the Supreme bank of India, has issued new currencies in the 2000 and 500 denominations.

The new currency is good regarding design and poor regarding strength when compared to their predecessors.

Well, the question now is, has demonetisation met its purpose?

As said by the government the main and primary purpose of demonetisation is to eradicate all the black money in the country with one instant action.

This announcement came on November 8, and it was like a storm to many people who illegally earned hundreds of crores and saved in their warehouses.

The minute after the announcement, social media was flooded with memes and comics against the action taken by the government. The only word that gained popularity is Narendra Modi. And now it is no way exciting and interesting to hear the fact that Narendra Modi is now the most popular leader on Instagram.

After-effects of this cash crunch

You might have been a victim of this cash crunch. We have seen long queues in front of banks and ATMs. The question that’s still juggling in the minds of many people is that how brokers were able to convert crores of rupees into new pink notes.

It made people angry when they came across the news that bank managers were backing all these illegal conversions.

India is still reeling under the effects and feeling the pinch of the cash crunch. It may take a couple of months to get the pace normalise.  Modi’s act was an experiment, with no precedent example; No one has done it earlier. So, it’s difficult to say what will happen to the Indian economy in next few months. It may be a big hit or may not be; It’s too difficult to speculate.

Initially, demonetization was sold by Modi as a campaign to fight corruption. It was thought that the country’s black market wouldn’t be able to exchange or deposit the illegal wealth which was in the clutches of few fraudsters.

Even with a strict master plan, the act of government seems to be a big failure.

Yes, it is, and this is because its primary purpose was not solved. Even after the tight and strict rules in implementation, the money launderers were able to unload their black currency using loopholes. In return, they got currency that is whiter than white.

And ultimately it was common people who suffered from it. Not all ATM’s loaded with cash. We still see people searching for money.

India seems to be slowly recovering, and by the time people were getting accustomed to the after-effects of demonetization they were again raged by the decision taken and amendments that happened in the banking sector.

And this time, it’s again common citizens who were becoming the scapegoats of bankers’ greed.

Another interesting question that arises is why people should pay ATM transaction charges when the machines always show up a “no cash” board anyway, and make people stand for hours in front of them.

This is what’s in the minds of common citizens. We are levied charges for using money that we earned.

After demonetisation, all the banks made people link all legal documents like PAN card and Aadhar card with their bank accounts as a step to Know Your Customer or KYC. If not, your accounts will be terminated.

These banks attracted people with zero balance accounts, and now they are looting people with charges.

Do we enjoy democracy still, regarding the economy? Do we have financial freedom? India is still a developing country, and there are many people who are below poverty line.

In the process of making India go digital, the government has taken various steps. One among them is that it is now mandatory to link a bank account to receive any subsidies from the government like gas and ration, and if you have a bank account you need to maintain a minimum balance of 5,000 Rupees (US$ 77.42). So how can this be possible for a common who depends on monthly ration to feed his family?

Also read: Is India shifting toward a cashless economy after cash demonetisation?

This how the government is lacking in the proper plan of action.

It seems like such actions are only making people lose faith in the government that rose to power by promising people to make their lives better.

The outcome is that whatever the measures the government is taking were all a failure due to loopholes in execution that ultimately helped the fraudsters.

There should be a proper plan of action to win the faith of common man. Until then it’s the common man who suffers.

The post Has demonetisation in India met its purpose, or is it just another failure? appeared first on e27.