One has been seeing a woman in her dreams, while the other encountered a "female" presence

Singapore — In the spirit of Halloween, former DJ Jade Rasif and her sister Khym Fong have shared a couple of their scary experiences. 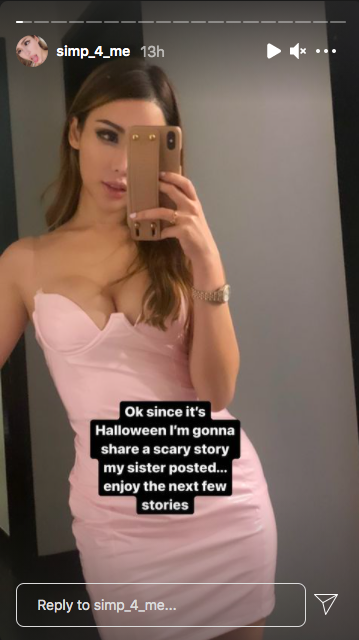 Khym Fong wrote that they initially lived near Old Upper Thompson Road, which was forested. They also lived near “Mount Pleasant” cemetery, which used to connect to the larger Bukit Brown Cemetery.

She added: “When I was younger, me and some of my family members / our friends sometimes would engage in certain ‘practices’. We used to do tarot card readings / weird rituals n other sorts of things in my eldest sister’s room.”

Sleeping in Jade’s room, she wrote that she would encounter “a ‘female’ presence”.

“I would also hear a woman whispering something into my ear,” she wrote, adding that she once saw a figure floating outside the room she lived on the 24th storey.

Ten years later, after moving houses, she met up with someone who used to date her older sister. In reminiscing about the old house, he said: “Yes, your old house was nice – but I could never stand your eldest sister’s room.”

He added: “I once visited your house and went to her room to get something. And … I saw a woman at the corner of the room. She was actually outside the window, and her face was pressed against the glass and looking into it.”

Adding her own thoughts to the account, Jade wrote that her mother accidentally bought her a Wiccan book when she was younger that contained spells. After dabbling in the spells, she wrote that she started seeing a woman.

“It was always a woman, she would laugh, and float outside the window,” Jade wrote.

“I still see ‘her’ in my dreams. I’ve lived in maybe 8-9 places since, and in my dreams she’s always outside my window. I don’t believe in ghosts but that’s why I always travel with a friend, and haven’t slept alone since I was 13,” she wrote. 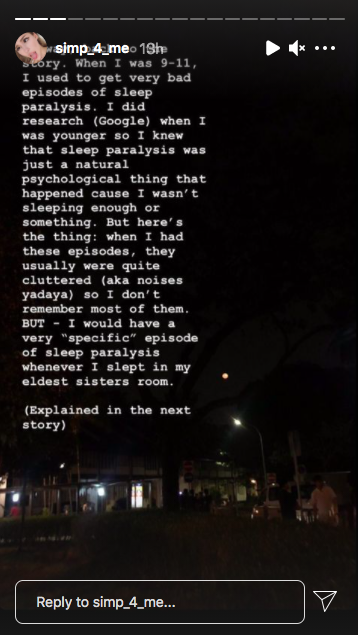 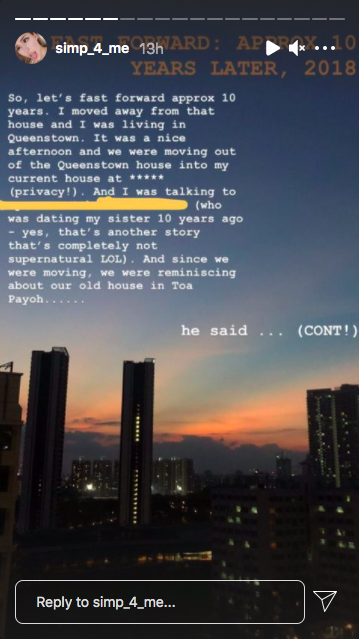 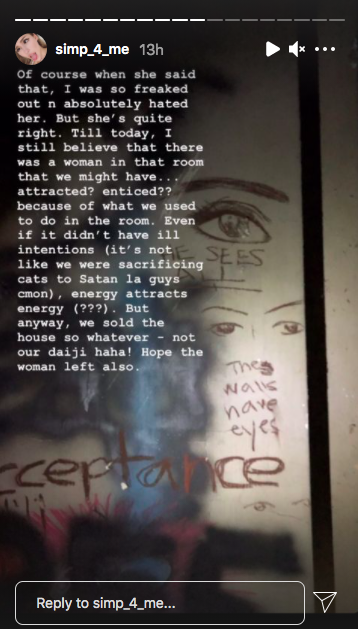 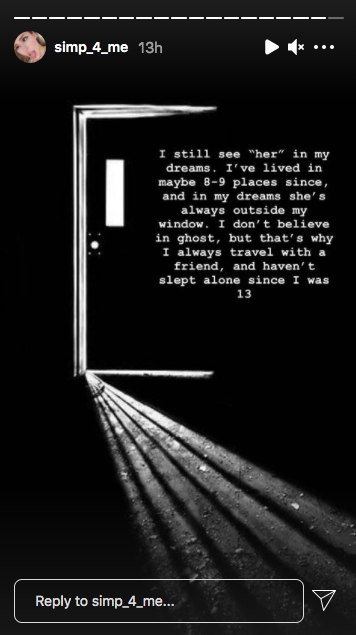