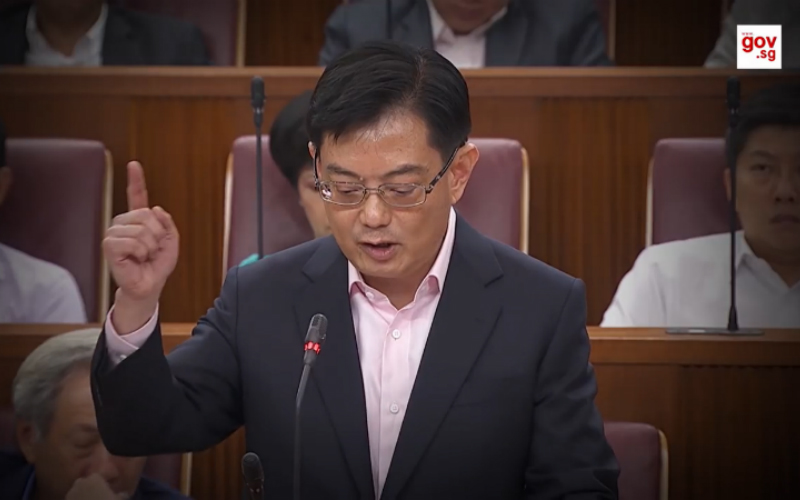 Finance Minister Heng Swee Keat announced that the Goods and Services Tax will increase by 2 per cent, as he delivered Budget 2018, this afternoon. This tax hike will raise the GST from 7 per cent to 9 per cent and will be implemented sometime between 2021 and 2025, most likely after the next General Election.

The GST hike will bring in revenue of about 0.7% of the Gross Domestic Product (GDP) per year, according to the Minister. He added that the GST increase will be implemented in a progressive way.

The Minister explained that the tax hike is necessary to fill the gap and expenditures rise in the next decade as the government makes “massive investments” in four major areas of expenditure growth – healthcare, infrastructure, education and security.

Healthcare expenditure is expected to rise from the current 2.2 per cent of the GDP to 3 per cent in the next decade, according to the Minister, due to the nation’s aging population and the “chronic disease burden”. The Minister added that the aging population in Singapore is expected to double by 2030 and that the government must be ready as healthcare demands rise due to this.

Infrastructure will also be a key area of expenditure growth, with “massive investments” such as Changi Airport Terminal 5, the KL-Singapore High Speed Rail and local rail infrastructure. The Minister revealed that a whopping $20 billion will be spent on infrastructure this year, compared to the $8.5 billion that was spent in 2011.

The Minister added that the government will invest in security to keep Singapore safe, since the terrorism threat is the “highest in recent years”. The government will enhance the operational readiness of officers, partner the community, and harness technology to improve security.

The final key area of expenditure will be education, as the government invests more per child from pre-school education to lifelong learning opportunities.

To manage these rising expenditures, the Government must increase the nation’s fiscal footing, the Minister said. He added that the fundamental economic strategy of the nation has remained the same: to grow the economy while saving ahead for a rainy day and to reduce the burden of large investments in the future.

The Minister also noted that the government has been tapping on the reserves over the last decade, but that we must dispense these resources “prudently” given the mature economy and aging population. He proclaimed that relying too much on the reserves will deplete Singapore’s nest egg and stressed, “this is not the Singapore way.”Follow us on Social Media