Home News Featured News Grassroots leader accused of trying to profit from hawkers is also the... 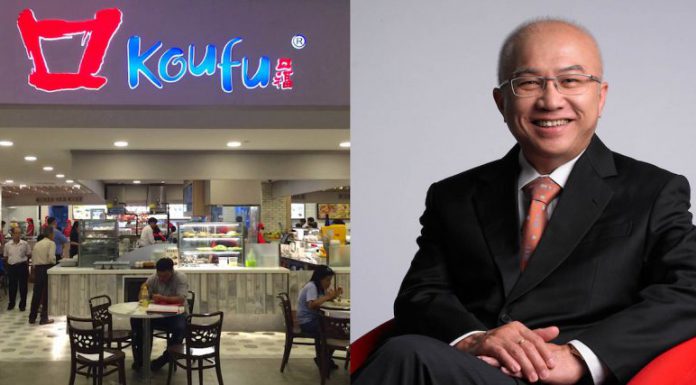 Following our report on Makansutra founder K F Seetoh’s accusation that grassroots-leader owned social enterprise profiteers at the expense of hawkers and customers, a reader wrote to us that the grassroots leader – Pang Lim – is also the owner of a building which was flagged for illegal extension on state-owned land.

In October 2017, this publication ran a story about how the owners of the building at 54 Somme Road had encroached illegally on state-owned land. The authorities not only did not notice the illegal encroachment for four years, but also took over a year to resolve the matter after it was highlighted to them.

Ms Wendy Chan, a resident and the chairman of her condominium’s management council which lies on the same street as the illegal extension, wrote to us then and said:

“…the unauthorised structure started affecting others in the area. The extension obstructed the entrance to two other newer buildings down the road. This meant that it would be difficult for fire engines and ambulances to reach the buildings during emergencies. Heavy vehicles like rubbish and construction trucks were also unable to make it past the extension.”

The authorities, which turned a blind eye to this illegal encroachment for four years (since 2012), only acted after Ms Chan escalated the matter to the MP in the area.

The MP wrote to the Singapore Land Authority, who in turn referred the matter to Land Transport Authority. After a merry-go-round with the different authorities, the matter was only resolved one-and-a-half years later, and only after repeated reminders.

A check by this publication on the Inland Revenue Authority of Singapore (IRAS) portal showed that the building in question – Siau Building at 54 Somme Road – is indeed owned by Mr Pang Lim together with a Mr Lee Kong Tai and a Mr Tan Geok Chee.

It was earlier reported that hawkers at the Jurong West Hawker Centre had petitioned National Environment Agency (NEA) and Koufu about their unhappiness that they had to pay up to $900 a month for tray return charges, on top of the monthly S$2,140 rent and overhead costs.

Hawker Management has outsourced its dish washing and table cleaning services to GreatSolutions Pte Ltd, a subsidiary of another public listed company GS Holdings Ltd. GS Holdings is founded by Mr Pang Pok. According to disclosure in its annual report, Mr Pang Pok is the brother of Mr Pang Lim.

The fine print in the hawkers’ contract disclosed that Mr Pang Pok’s company would provide “centralised on and off-premise dishwashing and table top cleaning” services to Hawker Management, Mr Pang Lim’s company, at $63,775 per month. An initial 3-year contract was signed between the 2 brothers’ companies in Sep last year. Mr Pang Pok is also a grassroots leader.

Koufu launched its initial public offering (IPO) for a mainboard listing in July this year. It said in a press release that it aims to raise net proceeds of $70.5 million through the sale of 51.2 million new shares, 21 million new cornerstone shares and 45.8 million shares.

The shares are previously owned by Koufu founder Mr Pang Lim and his wife Ms Ng Hoon Tien. Both husband and wife will still own 78.7 per cent of Koufu after the IPO, or 75.5 per cent if an over-allotment option is exercised in full. Both agreed to a six-month lock-up period on their shares.

The Edge Singapore reported yesterday that Koufu owners have started to buy back shares after a price fall was triggered by the tray-return debacle. The Edge said:

“Jun Yan is 50:50 owned by Koufu CEO and founder Pang Lim and his wife, Ng Hoon Tien, who is listed as the group’s executive director.

Through their joint investment vehicle, Lim and Ng on Tuesday purchased some 0.2 million shares of Koufu each at the price of 61.65 cents per share, raising Jun Yuan’s interest in Koufu to 78.25% from 78.21% previously.”