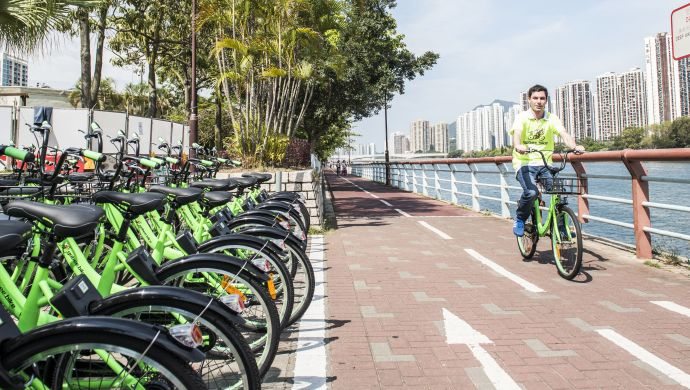 Starting with over 1,000 smart bicycles, Gobee.bike aims to grow to 20,000 bicycles by July

Bike-sharing platform Gobee.bike has been launched in Hong Kong last week, marking the first of such service to enter city, following a surging trend of bike-sharing in Mainland China.

The service will be available across key locations in the New Territories (Sha Tin, Tai Po, and Ma On Shan), and Gobee.bike aims to cover most of Hong Kong by the end of the year. This will inlcudes areas such as Kowloon, Hong Kong Island, Discovery Bay and Park Island.

The startup also stated that it aims to expand internationally “over the next two to three months” after its launch in Hong Kong.

“Many of our expansions are already in place. As a fast-growing international enterprise with a world-class team and investors, we are excited to bring cycling to you anytime and in any place,” said CEO and Co-Founder Raphael Cohen.

Cohen has previously worked at Rocket Internet, as former co-founder and CSO of HotelQuickly and MD and co-founder at Foodpanda.

He founded the startup after he noticed the inaccessibility of bicycles in Hong Kong and the inconvenience of renting one.

Painted in bright green, Gobee.bike is equipped with a basket, a smart light for night rides, and an integrated alarm system. As with many other bike-sharing apps, users only have to log in on the mobile app and register their credit cards before tracking the nearest available bicycle. The GPS smart locks and smart lights are powered by solar panel and can be unlocked by scanning a QR code.

The Gobee.bike app is currently available for Android devices and the startup is developing one for iOS devices.