Transport Minister Khaw Boon Wan’s confirmation that the Singapore Government has pumped a hefty $250 million into the KL-SG High Speed Rail (HSR) project, despite the lack of clear commitment from Malaysia, has angered Singaporeans.

The HSR project was signed between the Singapore Government and the former Malaysian Government, led by ex-Prime Minister Najib Razak, that was toppled by the opposition coalition in a stunning election upset during the 2018 Malaysia General Election in May. Najib was arrested over corruption charges last week and awaits trial.

Following the election, Prime Minister Dr Mahathir Mohamad suspended the project citing that it does not justify its high costs, especially given that Malaysia is in debt to the tune of RM1 trillion.

Khaw added that at least $40 million more is expected to be pumped into the project, between August and December 2018.

Acknowledging that numerous attempts to get official confirmation from Malaysia have yet to draw a response, Khaw said that Singapore has been “left with no choice” but to go ahead with its end of the deal. He added:

While the Minister said that the Government will continue to press for official clarification and “act according to its rights,” Singaporeans have expressed anger at the fact that the Government has spent so much on the project without consulting taxpayers.

Questioning why the authorities plan on pumping millions more into the project as it awaits official confirmation from Malaysia, Singaporeans also asked why Khaw specifically tagged the money spent on the HSR project as the “taxpayers’ money” and wondered whether the Minister was trying to gain the people’s sympathy by using such words: 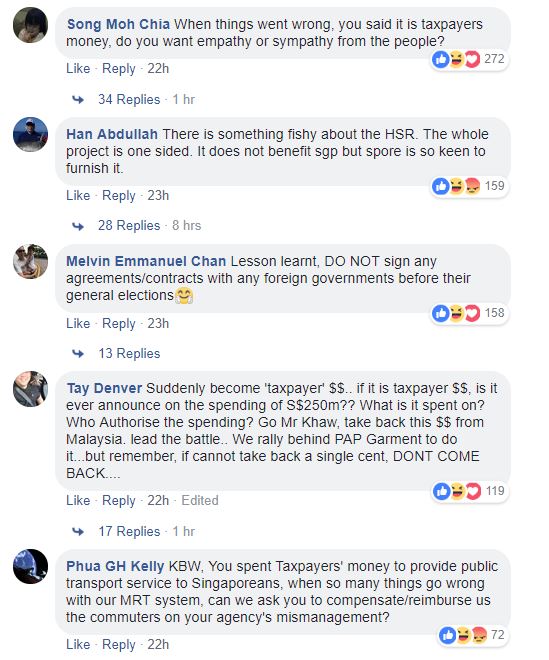 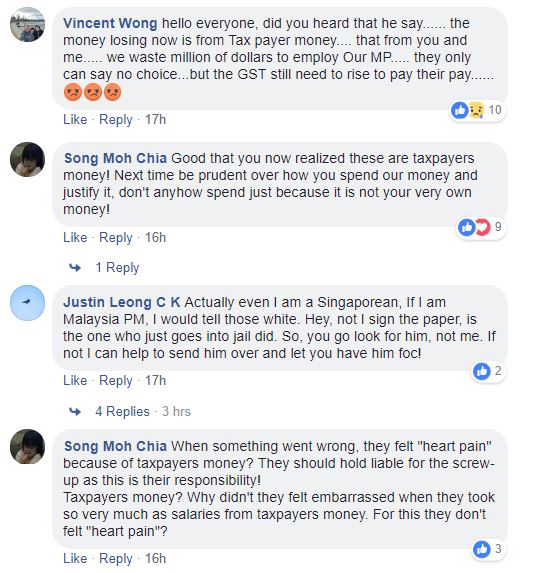