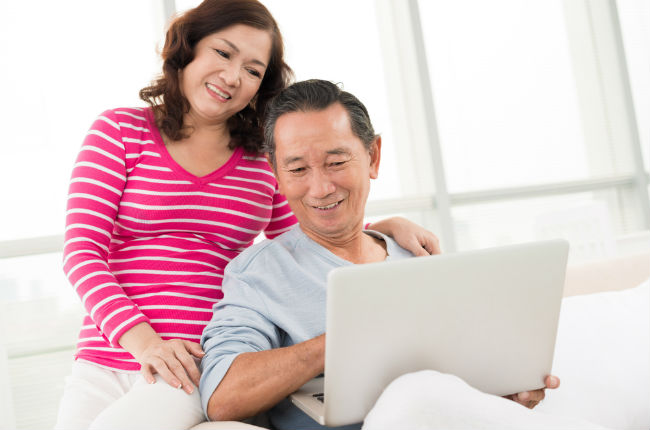 IF you’re retired and simply idle at home, you got to learn how 65-year-old Simon Tan (above) keeps his hands and head active with an unusual hobby.

His neighbours at Tampines marvel at him as a full-fledged geek uncle as he can smartly create movie props and models out of discarded items he picks up from the void deck.

It’s unbelievable what you find inside Mr Tan’s flat Inside his Tampines flat as it is littered with an assortment of life-sized Iron-Man, Darth Vader, C-3PO and Kylo Ren helmets; a bunch of swords and axes from The Lord Of The Rings and Warcraft; and pretty neat models of a Death Star, an Imperial Star Destroyer and that alien ship from War Of The Worlds.

He confesses that for the past seven years after retiring as a shipyard mechanic, he wanted to keep his time active and decided to be a one-man prop-making machine, where he simply creates intricately detailed models of stuff that would make any millennial cosplayer proud.

Mr Tan is independent, maybe you can call him a solo. He is single and lives with two elder sisters, and got kicking on his unusual hobby after an old injury made it tough for him to walk properly.

“You could say it’s also a nice excuse to stay at home. I was around 53 when I resigned from work because my mother couldn’t walk, so I had to take care of her. I didn’t want to just sit there and do nothing,” he says.

Some may call him a “karung guni” man as majority of Mr Tan’s collection started from scratch from using discarded cardboard boxes, styrofoam and pieces of paper casually pick up from the void deck.

From the recycled thrash, and as a long-term movie buff with a fondness for horror and adventure flicks, he creates the extraordinary to assemble or paint materials usually found near dustbins.

He’s not embarrassed to say that twice or thrice a week, he goes down and walks around his Tampines neighbourhood looking for discarded items, which he then proceeds to use for whatever current project he has.

“Some people may think I’m weird. When I go downstairs, I’ll just see if there’s anything I want. If there are no people, I’ll just take them, like cardboard boxes or shoe boxes,” he says.

To get to his long-drawn movie-magic ideas, he normally uses online photos or videos on YouTube as references for what are essentially papier mache creations. But looking at images online is about as high-tech as he gets.

With no background in art-making, Mr Tan relies on his creativity – and his techniques can be quite ingenious.

Sometimes it’s hard work to sustain his unusual hobby. The longest he has spent creating something was around six months – a Thousand Sunny ship from the anime One Piece that he gave to his niece was redone three times after the first two versions didn’t pass his personal QC test.

But he enjoys his “labour of love” at home. He says: “I start maybe from 7am up to 8pm or 9pm. But I can’t do the whole thing (non-stop). Sometimes when I feel bored, I’ll also go for a walk or watch a movie, then come back and do it again.”

Neice Germaine Tan says: “I’ve always admired his creativity and craftsmanship, and I strongly believe he should continue with this because he’s happiest and shines the brightest when he’s working on those projects. I only hope that more people get to see and appreciate his works.”

End of the day, a hobby is simply a hobby. He doesn’t believe in blowing his trumpet. The idea of showcasing his works to the public never crosses his mind as he prefers to play low-key.

He says: “My dream project would be to show people, especially the senior citizens, what I could do with cardboard paper. That we don’t just waste all of these and you can do anything you want with them.”Follow us on Social Media