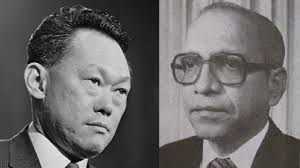 A nephew of one of Singapore’s former Presidents, Devan Nair, has claimed that his mother was a founding member of the People’s Action Party (PAP) and that she was critical of Mr Lee Kuan Yew as being a “British placeman”. Mr Lee was the political party’s first secretary-general and Singapore’s first Prime Minister.

The man who made these claims, Dhevdhas Nair, said that his mother was “fiercely critical” of Mr Lee and subsequently left for the United Kingdom (UK). His mother, Karthy Nair, was the founding member of the PAP in 1954.

“My mother, Karthy Nair, who has died aged 90, was one of the founder members in 1954 of the People’s Action party of Singapore, which after independence from British rule became and remains the governing party. Karthy was fiercely critical of the party leader and future prime minister, Lee Kuan Yew, whom she regarded as a British placeman, and she left Singapore in 1956 to settle in the UK.” – Mr Nair’s obituary for his mother as published in The Guardian

Madam Nair’s brother, Mr Devan Nair, has been acknowledged by the PAP as one of its founding members. Mr Nair went on to become a prominent unionist and eventually Singapore’s third president in 1981.

In 1985, Mr Nair resigned as the President of Singapore. Mr Lee stated in Parliament that the President resigned to get treatment for alcoholism, a charge Nair hotly denied. After his resignation as President, Nair and his wife migrated to the United States of America before finally settling in Ontario, Canada.Follow us on Social Media