For fintechs, financial inclusion is solving liquidity needs for borrowers while turning a profit for lenders 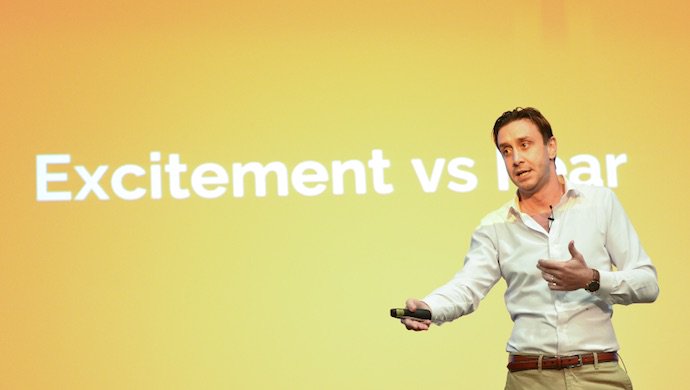 Statistically, two of three micro-loan applications are rejected. A rejected application usually ends up in a drawer and locked away with the applicant having no chance to apply again, often due to bad credit or lack of it altogether. In emerging economies, a loan applicant might need to travel to other cities, often quite distant, in order to apply again with another licensed lender. Some might take money from loansharks – along with exorbitant interest rates. It can be a discouraging experience for anyone seeking between US$100 and 1,000.

Those in the developed world might already have a negative stereotype of the “underbanked” or “unbanked”. These concepts are often paired with images of disparate poverty. However, the truth is that many underbanked or unbanked individuals – counting between 2 billion to 4.5 billion across the globe – think of the lack of access to traditional banking services might not necessarily be a bad thing.

In countries like Uganda for example, which has one of the youngest populations in the world, the youth have a negative image of banks, and they prefer to move funds around using mobile money. We could consider mobile money as underbanking, but in many cases it is very fast and efficient. See how tech-oriented countries like Singapore are already looking for ways to shift from physical money to cashless transactions.

In developing countries, established banks are often not too keen to tap into this market, given the risks involved with lending to unsecured borrowers. It is thus the purview of startups and telcos to take a step forward toward financial inclusion, in order to give an opportunity to anyone, anywhere to digitally store value in their local currency, safely linked to their mobile number. This industry has generally progressed in terms of giving access to credit, but there is often no viable solution for repayment.

e27 had the chance to interview Stefano Virgilli, Singapore-based Italian CEO of Pocket Money. “In an industry plagued with P2P scams, Pocket Money is bringing access to credit to anyone, anywhere, through Licensed Lenders, using the technologies that borrowers are familiar with,” he shares. “We don’t stop there. We help Borrowers to repay.”

Fintechs tend to be focussed on providing loans, but there is less focus on providing solutions for borrowers to repay. Pocket Money steps in with a solution that focusses on four different angles:

An ecosystem of credit

Pocket Money, which is currently seeking its fourth round of fundraising, does this by building an entire ecosystem for lenders and borrowers worldwide, keeping compliance as a centerpiece of its philosophy. Such a global ecosystem enables Borrowers to access credit from different sources all through a seamless interface. For instance, when a rejected application is accepted by a Licensed Lender from another country, the Lender who accepted the risk backs the loan to the Borrower on behalf of the Lender who rejected the application in the first place.

The settlement between Lenders happens in real time and automatically hedging on US dollar, while the disbursement of the loan to the Borrower, occurs in local currency, either in cash (tracked in Pocket Money Dashboard for Lenders) or directly on Pocket Money Wallet, integrated with the most popular local wallet in each country.

From the Borrower’s perspective, nothing changes. A loan application is immediately circulated among other Licensed Lenders globally. Pocket Money Dashboard allows Lenders to set automations based on amount, duration, repayment terms, borrower profile and currency.

Such steps, Apply – Reject – Circulate – Accept – Disburse, happens in a matter of seconds. Borrowers will not even realise that there had been a rejection in the first place. The best part is that the Lender who won the bid for the rejected application will now be the one offering the lowest repayment amount to the Borrower. Hence Pocket Money is effectively increasing access to credit and offering fair loan terms to Borrowers.

For Pocket Money, Borrowers and Licensed Lenders can connect on the innovative marketplace and through an innovative multi-currency wallet. The usual Borrower is an individual who has difficulties providing a credit score, and one who collaterals on proof-of-employment. “In a nutshell, they are unsecured borrowers,” shares Virgilli. “Lenders usually consist of low-tech mom-and-pop shops, who could not keep up with technology.”

While many other fintech startups are offering technology solutions that simplify the way operations are run, Pocket Money goes beyond this by focussing on the entire pipeline of the lending industry.

“Software might be great for on-boarding Borrowers, but offers no options to monetize rejected applications. Pocket Money does so,” says Virgilli. “Traditional loan tools are excellent at generating and managing loans, but none on the market offers micro-tasking to Borrowers, helping them to repay their debt.”

One innovation that Pocket Money introduces is a social repayment system, wherein Borrowers are given the option to earn payment credits by accomplishing certain tasks. In the event that a Borrower fails to pay back at the end of the term, the Lender has an option whether to extend the loan or not. If the Lender extends, then borrowers can accomplish these tasks or requirements in exchange for small rewards.

“Currently we are partnering with a startup that offers 30 US cents for answering 5 questions about an ad. If the Borrower participates in the survey with family and friends, there is the potential for generating a small stream of income. The monetized data can then be used to pay back the loan, when extended,” says Virgilli.

He acknowledges that risks will never go away when it comes to micro credit, however. “We are not changing the industry, but rather we are adding tools to reduce risk.” The CEO adds that Pocket Money is conservative in saying only 25 per cent of rejected applicants will actually apply again, and out of that only 20 per cent would manage to get approved. “In other words, we are already quite happy with a 5 per cent chance of finding a Lender for a rejected Borrower.”

The company is confident that social credit and social repayment would provide a better means for Lenders to get their ROI and for borrowers to avoid default. “We believe that our Social Credit Score, integrating the spectacular work done by many other startups, is already offering higher chance of repayment,” Virgilli shares with e27. “We are sure that our Social Repayment Partnership would help Borrowers to pay back their loan.”

Also read: How fintech hubs will shape the future of our financial industry

“A better world for the future is built step by step”

Pocket Money would rather introduce small innovations that actually work, rather than radically disrupt the microlending industry. “Jack Ma said once that Fintech wants to reinvent the wheel, replacing traditional finance, whereas Techfin is integrating tools bit-by-bit, covering verticals that require innovation in the industry. Pocket Money sounds more like a Techfin in this perspective,” shares Virgilli.

Over the past few years, Fintech startups have created many ‘payment solutions’ that did not solve any problem, but rather added yet another option to a very crowded industry. Pocket Money has taken a different approach, strictly problem-solution based, in order to deploy innovation only when and where needed.

The post For fintechs, financial inclusion is solving liquidity needs for borrowers while turning a profit for lenders appeared first on e27.