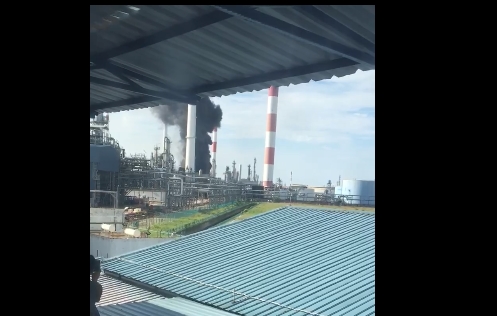 Facebook user Marcelo Adolfo Gengosa posted a video which showed black plumes of smoke rising up beside refinery chimneys in Jurong Island. Singapore Civil Defence Force (SCDF) said they were responding to a fire at Singapore Refinery Company. The fire started at about 9.50am.

This is the second fire in recent months on the island. On 20 April, a massive fire broke out on Jurong Island after an oil tank caught fire.

A massive fire has broken out on Jurong Island after an oil tank caught fire. The tank contained light crude oil and measured 40m by 20m. Read more: http://bit.ly/1SYP6muA reader sent this dramatic video to TODAY. Can you see the fire from where you are? Send us your videos and photos at today@mediacorp.com.sg