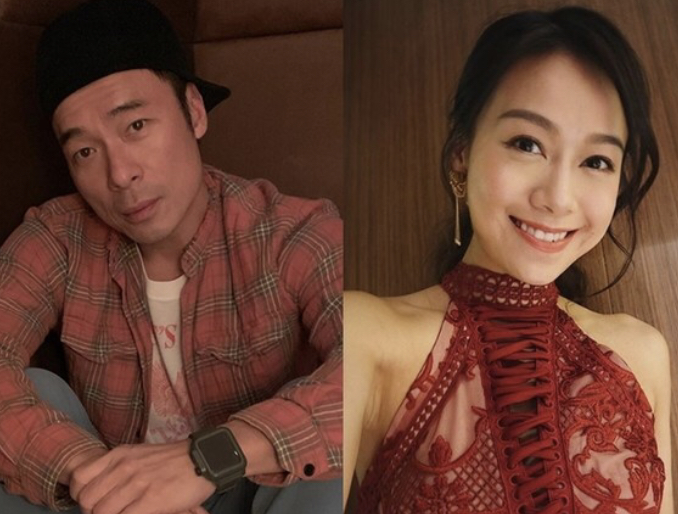 In a video that went viral on April 16, Wong shared a taxi with Hui and another man, who later alighted after he was reassured by Hui that he and Wong would go home separately.

After the man alighted, Wong and Hui clapsed their hands together and told the driver their next destination: Wong’s home.

Hui could also be seen touching Wong’s thigh intimately while Wong took off her mask to kiss Hui multiple times.

According to the Hong Kong media, they later left the cab together. No further details were given on what happened later.

After the video was released, Hui held a press conference several hours later apologising for his atrocious and shameless act. However, it seemed from his speech that his realisation and guilt only came after reports of the video were released.

Beginning the press conference with a deep bow, Hui said: “I want to apologise to my family, Sammi’s family, friends and people who love me. Because I did what I cannot make up for, something that will not be forgiven.”

“After I saw the report, I found myself very shameful, very wrong, very bad, very disgusting and very unfamiliar. I reflected on why I could not control my lust.”

Through bouts of crying, Hui explained: “I drank a lot that night but being drunk is certainly not an excuse for such an atrocious mistake. I am deeply regretful and I find it difficult to face and accept myself.”

While no comment was given regarding his wife’s reaction or their marital status going forward, Hui said: “I hope that in the future, everyone I hurt, everyone I pained, can be well.”

Nearing the end of the speech, he said: “I have no soul. I am a broken man. I hope everyone can give me time to find myself. ”

He gave another deep bow and left, ignoring all follow-up questions from reporters.

His Instagram page was bombarded with comments expressing much disappointment and anger, with many asking him to leave the entertainment industry.

His wife, however, has yet to make any comments.

The duo have been married for five years and are childless. Before their marriage, their relationship had been on-and-off for more than 20 years.

Regarding this, Wong has disabled comments on her Instagram page, which has more than 600,000 followers. While she did not make a public appearance to make an apology, her boyfriend Ma told the media that she knew her mistake and was very apologetic. He added that her lack of public appearance was due to concerns that she might may say the wrong things.

Ma himself said that he was not angry but was instead worried that he might become single again.

He even asked the media not to use words that are too harsh as the reports may scare his mother. He hoped that this incident would not be amplified.

Ma and Wong have been together for three years and last year, Ma even told the reporters he plans to marry Wong.

However, for Wong, it seemed that the relationship budded a while back, where Wong’s instagram had a few photos of Hui.

He even celebrated Wong’s birthday with her in January.

Last October, they even performed together at an event. Her caption “Thank you Andy for rehearsing with me so many times!” now has a new meaning.

Despite so, Hui seemed to put some distance between him and Wong in public and online. He did not follow Wong on Instagram even though Wong was among his Instagram followers.

Last year, Wong also appeared in Sammi Cheng’s video where they worked out together and where Cheng fondly addressed Wong as “BB”..

Both actresses could be seen smiling and having fun while working out with a personal trainer.