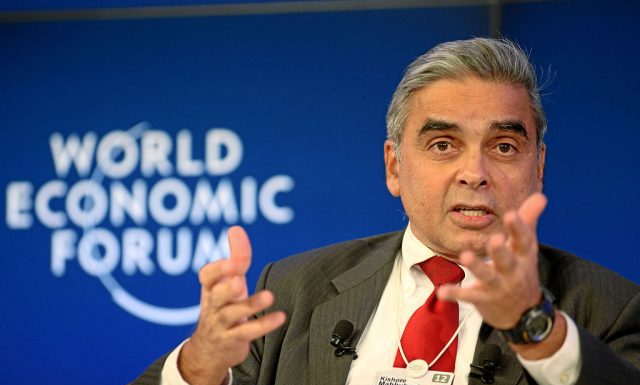 Singapore’ former Permanent Secretary Kishore Mahbubani in speaking to the news site Mothership said that he was ‘demoted spectacularly’ and that young Singaporeans should learn from his experience – and not be afraid of demotions.

“I’ve had a good career, I’ve been promoted, I’ve become the Permanent Secretary of the Ministry of Foreign Affairs but actually I learnt more when I was demoted — I’ve been demoted spectacularly.

But I had an incredible learning experience when I begin life as a dean, as I began to write and speak more openly both inside Singapore and outside Singapore.

Every demotion I had in my substantive rank has been very good for me personally.

So I’m telling young Singaporeans — don’t be frightened of demotions, you can keep on growing and doing well, even when you get demoted in your career.”” (http://bit.ly/2eTeCRY)

According to a speech by Deputy Prime Minister Teo Chee Hean, salaries for officers at the MR4 level (these are typically senior Permanent Secretaries) are set at over $1 million.

And salaries of university dons are not meagre either. According to a response in Expat Singapore Forum, this is how much university professors earn:

These figures are only estimates but according to a report in The Straits Times in 2006, an NTU Professor who was found guilty of lying to CPIB, could afford to give his PRC mistress a $7,000-a-month allowance and expensive gifts like a $11,000 Chopard watch. (ST, 26 September 2006)

And in 2003 The Straits Times reported that Singapore’s youngest assistant professor at SMU “earn at least US$100,000 at any good American university for a nine-month contract.”

Although still comfortable, if one earns $75,000 per month previously and now only earns $25,000, it is indeed a demotion. It is however unclear how many young people can have such comfortable ‘demotions’ and learn something from it.