Yeoh Lam Keong who is an independent, non-partisan social policy analyst said he would be happy to speak at a PAP function too though no invitation has been forthcoming 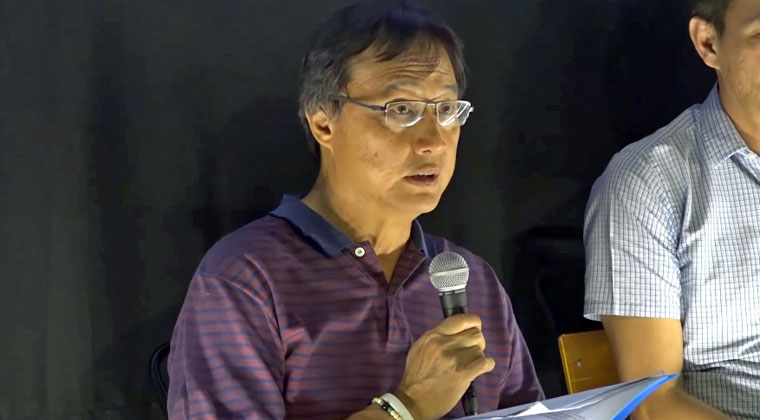 Ex-GIC chief economist Yeoh Lam Keong has said that he is willing to speak at a People’s Action Party (PAP) function but has not been invited to do so “for some reason”.

A prominent economist, Mr Yeoh is an independent, non-partisan social policy analyst who has a reputation for being bold in putting forth his measured views on public policy and financial economics.

“Although I am, as a rule, a non-partisan social policy analyst, I was happy to talk at the PSP forum on Poverty in Singapore and Policy Gaps in our Social Safety Nets because this is the issue closest to my heart.

“I have given umpteen similar presentations to senior civil servants at Civil Service College and to other VWOs and NGOs like Aware, Charitas, the Lien Foundation etc, as well as Workers Party Youth but for me, the greater the outreach on this important topic all citizens need to know more about the better.”

He added: “Would be just as happy to talk at a PAP function too, but for some reason but haven’t been invited yet.”

Mr Yeoh’s talk is part of PSP’s new event series called ‘PSP TALKS’. These events would see the party invite thought leaders and subject experts to share their insights and ideas about important national issues and is aimed at generating robust discussions on issues that impact the lives of Singaporeans.

Presentation by Lam Keong Yeoh, former GIC Chief Economics and former adjunct professor at Lee Kuan Yew School of Public Policy at Progress Singapore Party39;s Inaugural Speaker Series Talk, “Poverty in Singapore & Policy Gaps in our Social Safety Nets” on 10 Sept 2019 at Concorde Hotel.The talk and Q&A session was moderated by Khush Chopra, a non-practising lawyer and current affairs commentator.PS: Apologies for the dark video. Place too dark and camera not so good. Do consider supporting TOC to get a better camera =)

Live Streaming of Inaugural Progress Singapore Party (PSP) Speaker Series talk by Yeoh Lam Keong former GIC chief economics, titled “Poverty in Singapore & Policy Gaps in our Social Safety Nets” on this coming 10 Sep (Tues), 7.30pm to 9.30pm.The talk will be moderated by lawyer Khush Chopra.The said aim by PSP for the talk is to “join the important national conversation on social inequality and poverty which remains a great challenge for both our society and our Government”.“While many schemes have been introduced to help the poor and bridge the social divide, our social safety net still does not appear to be adequate in meeting the challenges many citizens face,” noted PSP.