The Independent Singapore News
Home News ESM Goh's remarks on how ministers are not paid enough highlights the... 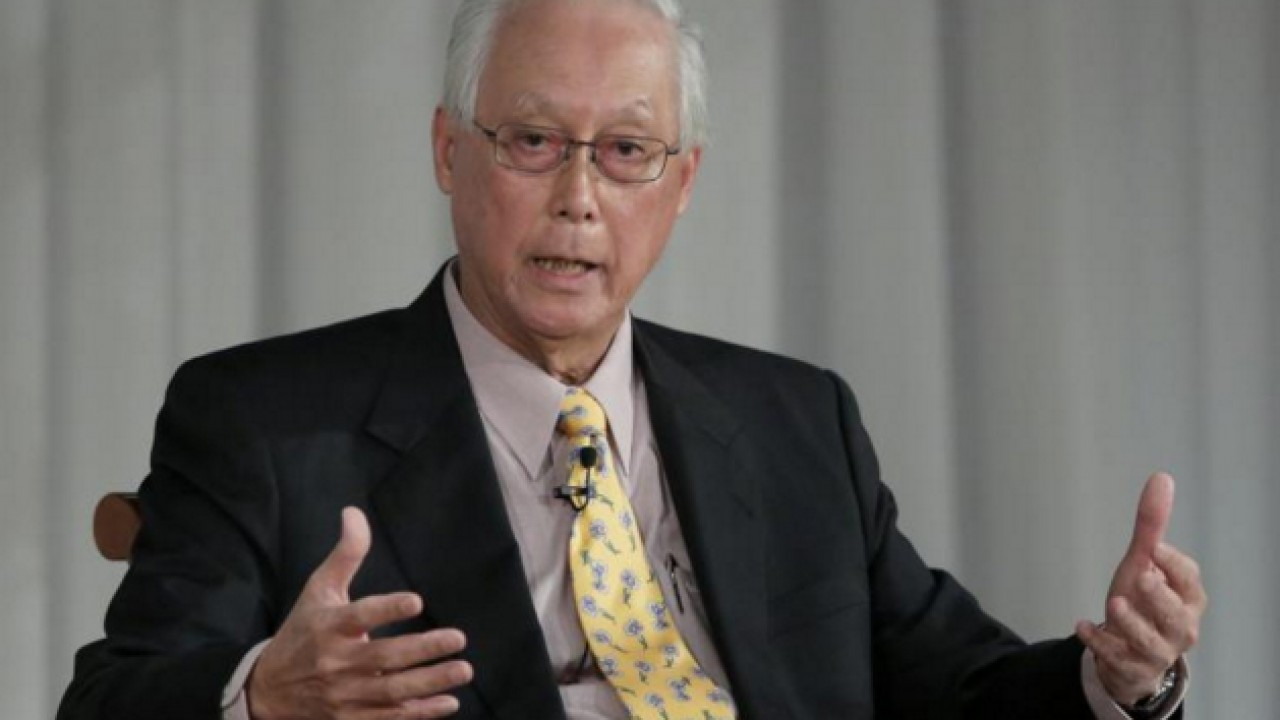 When the Independent SG published what ESM Goh said in a Q&A session recently, it was for me a walk down memory lane of a lesson in ruthless pragmatism.

In other words, it was governance with a firm, tight grip on reality for me.

Here is the extract:

“ESM Goh had been responding to this question: “Can we have some sort of an elderly pensions fund? Perhaps, can I say, cut a bit on the defence? Or perhaps even from the ministers with million-dollar salaries?”

“Sharing that he would have applauded the man who asked the question if he suggested that elderly pension could be funded by hiking the Goods and Services Tax (GST), ESM Goh allegedly responded:

“Somebody must pay for the pension and you got it right. We’ll have to take it from somewhere else. If you had suggested we up GST by 2 per cent, I would have applauded you. Seriously. Because you’re taxing the whole society to support the older ones. But you did not.”

Here is where ESM Goh threw down the gauntlet with no mincing of words about the competitive side of hiring the best in government:

“But you said cut the defence. 1 per cent is enough. On top of that, you said cut ministers’ salaries. That’s very populist. I’m telling you the ministers are not paid enough. And down the road, we’re going to have a problem getting people to join the Government. Because civil servants now earn more than ministers. Are you aware of that?”

Let me just say that the part about him telling us that “the ministers are not paid enough” and the problem we will face as a nation when we can’t get the best into government is not so much an elitist or money-minded position, but a fiercely practical one.

It is often said that if you pay peanuts, you get monkeys, and that may have some valid application here?

Let’s flesh out more on this pragmatic logic in attracting the best. ESM Goh continued:

That’s the whole context of it. You can’t really fault ESM Goh for his stand and the arguments put forward to explain it in his way.

Well, it should be noted that this stand is not out of line with his predecessor’s mindset about equality – that is, it is essentially a myth.

It is a myth to the extent that we expect there would not only be equality in opportunities but also equality in outcome.

That’s asking too much from the government – even one as technocratically flourishing as the PAP.

Here is what Lee Kuan Yew has to say about this myth:

“Do you think you can create an equal society, as communists believed? After a while they stop believing in it. They pretend that it’s equal society. But the whole society malfunctions. So Deng Xiaoping said: Some will get rich faster than others. Maybe he rest will get rich later. Proceed and open up. And he overrode all his old guard colleagues who were so deeply committed to an equal society.”

I’ve come to believe that between the reality and the idealism, there is a gap that the government and her people operate. It is often called the hypocrisy gap, and Lee Kuan Yew understood it intimately.

Lee Kuan Yew understood that those who depend on the votes of the people in a robust democracy will want to demonstrate compassion, identity and empathy with their plight and assure them that they will close the inequality gap during their tenure in office.

But it takes one to retire from politics for good to see how incredulous that assurance is when the one-track competitive market driven goals to economic success that the government is bent on taking unfailingly keeps thwarting that goal (of closing the inequality gap) and its execution.

ESM Goh’s rebuttal above about ministerial pay (that it is not competitive enough) and Lee’s correlation between the dream of equality and the history of communism’s historical catastrophes under Stalin and Mao are examples enough of this hypocrisy gap that only retired politicians are able to see more clearly than the current politicians (who still depend on the people’s votes) would want to admit so openly and defiantly.

But having said all that, I still feel that this hypocrisy gap is not a natural phenomenon (arising out of forces beyond our control) but a man-made one.

You can call it conspiracy theory or whatever, but I tend to see beyond this hypocrisy gap to something that can be mediated or resolved if we think outside of the capitalism box that has accounted for so much of our wealth accumulation to the least number of people and so little of the so-called greatest happiness for the greatest number of people.

It is often said that after the collapse of Berlin Wall, communism is officially dead, buried and cremated.

But in truth, it has taken another more resilient and rejuvenated form and it has never left us. Never left the people. Its ideal still resonates, even if its horrendous execution still sends chills down our spine.

The majority at the bottom and even the struggling middle class are collectively keeping the dream of equality alive, setting hope afloat for a more equal society where people are not differentiated by what they have so that the eyes could marvel and envy, but what is glowing within them that cannot be prized in the market system.

Here I recall what a Marxist philosopher Max Horkheimer once said: “History’s route lies across the sorrow and misery of individuals. There is a series of explanatory connections between these two facts, but no justificatory meaning.”

Maybe that is what our government or ESM Goh is trying to do, that is, to explain to us the connections between two facts, that is, ministerial pay is not enough, and if it is enough, we will get the best in government.

But, what the majority who are struggling are looking for is not “explanatory connections” but “justificatory meaning”.

That is, they are pining for some ideal that they can hold on to that promises a flourishing co-existence between the government and them that is meaningful, purposeful and mutually enriching.

And mind you, that needs not end up a hypocrisy gap disguised by self-sabotaging feel-good promises or assurances from the well-endowed politicians eager to win our votes.

It however can be one that is more humane, authentic and sincere, where actions speak louder than words, and where their policies are full of heart and soul, rather than one largely about dollar and sense, clean wages and self-discipline, and the spiel that ever increasing ministerial salaries will attract the best in government and nothing else will do.

This article was first published here. It has been republished with permission.Follow us on Social Media