The Independent Singapore News
Home News Featured News ESM Goh now wants to "make sure that there is a strong... 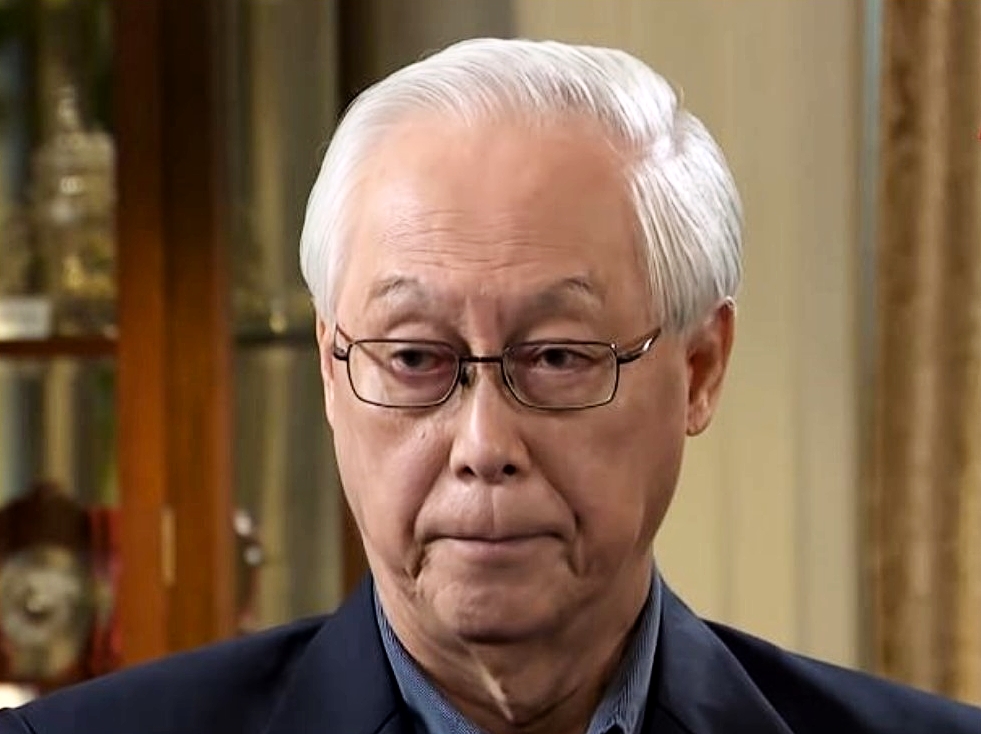 Speaking to the press at a book festival to promote his authorised biography, Emeritus Senior Minister Goh Chok Tong declared that he now wants to “make sure that there is a strong 5G team to lead Singapore” in the decades to come.

The 4G team, led by Finance Minister Heng Swee Keat and Trade and Industry Minister Chan Chun Sing who were just announced as the first and second assistant secretary-generals of the PAP, have yet to even take over from PM Lee but ESM Goh wants to play a part in ensuring the strength of the team that comes after them.

Speaking to reporters from the national broadsheet, ESM Goh said: “The last bit that I want to do is make sure that there is a strong 5G team to lead Singapore over the next 20, 30 years. After that, I won’t be around.”

“Our lives are being governed by that throw… I believe each time we throw the dice, it must come up with ‘6’ (the highest number on a dice), which means that political succession is very important for us.”

Almost exactly a year ago, ESM Goh urged the Government to choose the 4G leaders among themselves within 6-9 months time, calling this an “urgent challenge” for the nation. PM Lee responded sharply that leadership succession will “take a little bit longer” than what ESM Goh had hoped.

He added, in what appeared to be a pointed comment, that “ESM (Goh) is speaking with the privilege of watching things rather than being responsible to make it happen. I think we know it’s a very serious matter.”

ESM Goh retaliated with what many saw as two passive-aggressive social media posts that indicated he was “watching things” like PM Lee said he is. Netizens responding to the unusual exchange speculated that there is some sort of strain in the relationship between the nation’s current and immediate past Prime Ministers.

One netizen wrote, “Using FB to get a message across between a former PM and the current PM reflects a strained relationship that requires some patching up. Hopefully, we don’t end up watching more things happening,” while others have criticised the leaders for being “childish”.

ESM Goh’s latest remarks revealing his desire to play a part in helping establish leadership succession beyond the 4G team comes as rumours that he will be lifted out of the Marine Parade GRC team in the next election resound.

Interestingly, rumours that 77-year-old Goh will be phased out in the next election comes even despite the fact that Goh’s predecessor and Lee’s father, Singapore’s founding Prime Minister Lee Kuan Yew, remained an MP until his death at the age of 91.

ESM Goh’s latest remarks also come a month after speculation that PM Lee Hsien Loong’s son Li Hongyi will be fielded into politics and be groomed to lead the 5G team drew attention.

Citing “word from the grapevine,” local filmmaker Martyn See speculated on Facebook that Foreign Affairs Minister Vivian Balakrishnan has allegedly been “mentoring Li Hongyi to be a potential candidate under the Holland-Bukit Timah GRC.”

See wrote: “Word from the grapevine is that he has been mentoring Li Hongyi to be a potential candidate under the Holland-Bukit Timah GRC, and thereafter spearhead a PR campaign to catapult Li to the upper echelons of the PAP leadership.

“Simultaneously, Lee Hsien Loong is expected to say that he played no part in his son’s decision to enter politics. This orchestra will start performing in 2019 or 2020. Lawsuits against accusations of nepotism may fly in all directions.”

Last June, Lee Hsien Loong’s own siblings Lee Wei Ling and Lee Hsien Yang said in a public statement: “We have observed that Hsien Loong and Ho Ching want to milk Lee Kuan Yew’s legacy for their own political purposes. We also believe, based on our interactions, that they harbour political ambitions for their son, Li Hongyi.”

Calling the claim “absurd,” PM Lee responded: “I am deeply saddened by the unfortunate allegations that they have made. Ho Ching and I deny these allegations, especially the absurd claim that I have political ambitions for my son.”

Hongyi himself clarified that “For what it is worth, I really have no interest in politics.”

https://theindependent.sg.sg/speculation-that-li-hongyi-will-enter-politics-and-chan-chun-sing-will-be-seatwarmer-pm-heats-up/Follow us on Social Media