Speaker of Parliament Tan Chuan-Jin has drawn some flak for appearing to appeal for the public’s sympathy by sharing a Facebook post someone else published that is critical of him.

“We are lucky to have great leaders who are constantly in touch with the ground, and can produce great, unique ground observation like “The normal perception that all cardboard collectors are people who are unable to take care of themselves financially is not really true,” Mr Tan said. “There will be some who do this as their main source of income. Some do so to supplement what they have. Some prefer to earn extra monies, treat it as a form of exercise…”

Tan made the comments Huang is referring to back in 2015. Sharing pictures of himself with cardboard collectors, Tan had written:

“The normal perception that all cardboard collectors are people who are unable to take care of themselves financially is not really true. There will be some who do this as their main source of income. Some do so to supplement what they have. Some prefer to earn extra monies, treat it as a form of exercise and activity rather than being cooped up at home. They do this to remain independent, so that they can have dignity and not have to ask their families for help.”

He added that “[more] often than not, people make judgements without finding out the facts of the matter, in this instance, the stigma surrounding cardboard collectors.” 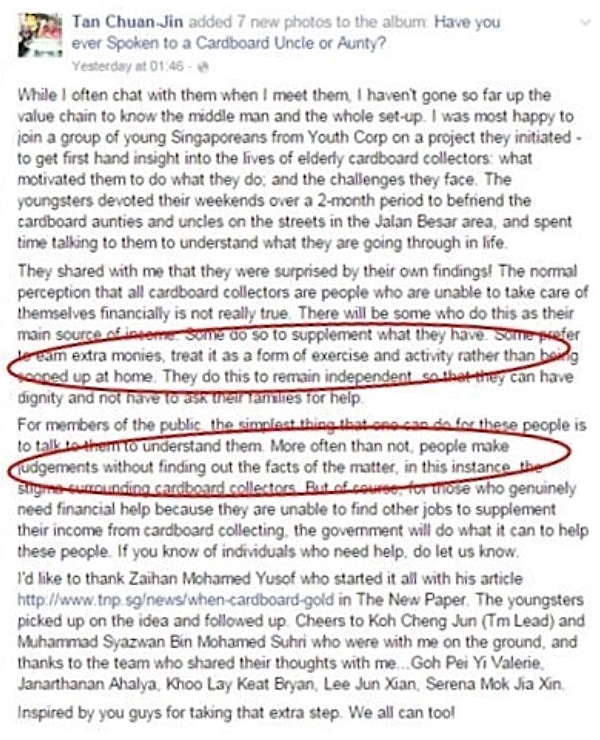 Highlighting Tan Chuan-Jin’s “out of touch” explanation that some cardboard collectors do this for exercise or to supplement their income, Huang quoted the HBR.org article which said that leaders are at risk of getting an inflated ego and losing touch with those around them as they rise in the ranks: 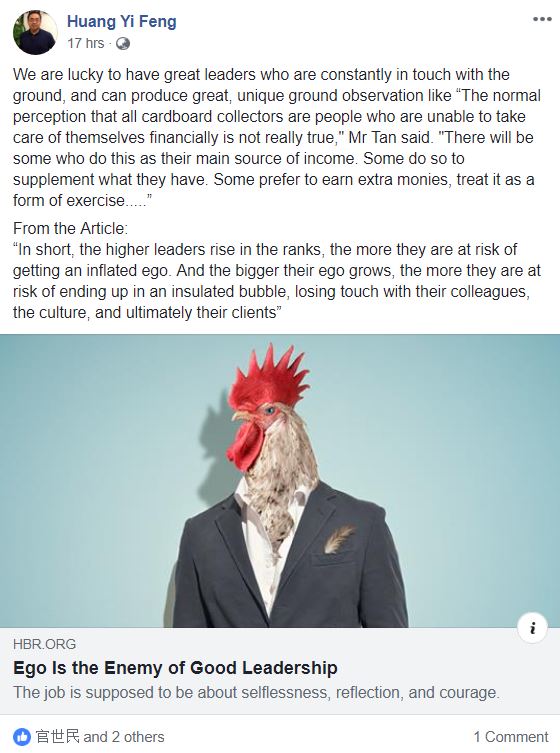 Pointing out that he personally does not know Huang but that Huang seems to be a fellow Lee Kuan Yew School alumni, Tan highlighted that he came across this post when he was on social media after a long day, that included his Meet-the-People (MPS) session, yesterday.

Tan wrote: “Came back after MPS and a long day and received this. Don’t know who he is but looks like a fellow LKY School Alumni. From the sounds of it, I really have no business being in public service. Out of touch. Not grounded. Inflated ego.”

Seeming to take the comments in his stride, Tan added: “Oh well. That’s how it is these days. Just one of many going round. But, I believe there are still things I need to do. Until the purpose for serving no longer exists, I do intend to keep going…????????“

Netizens responding to his post, however, are lapping it up. Several netizens urged Tan to ignore such voices: 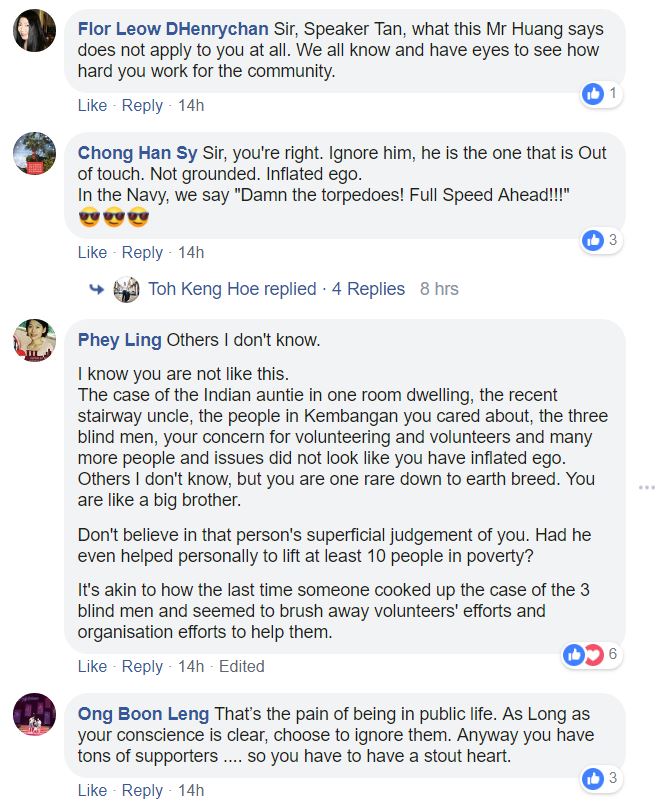 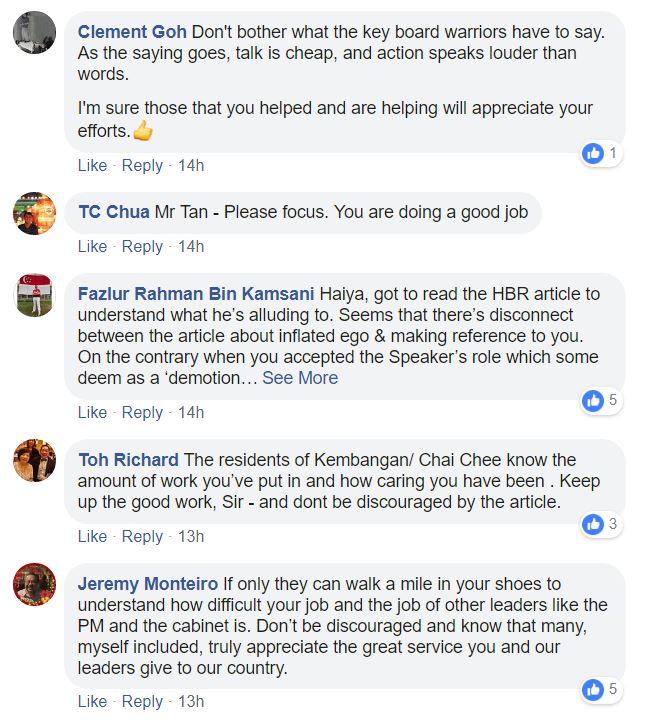 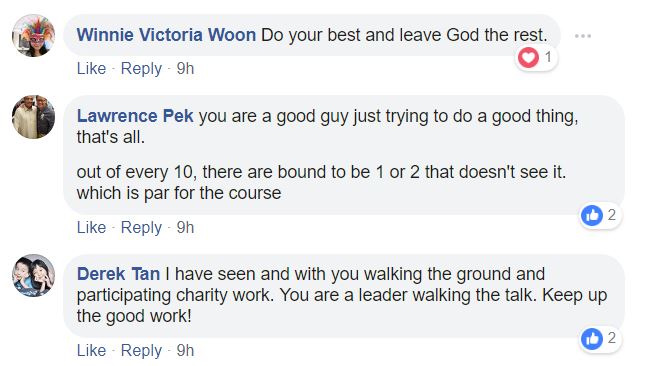 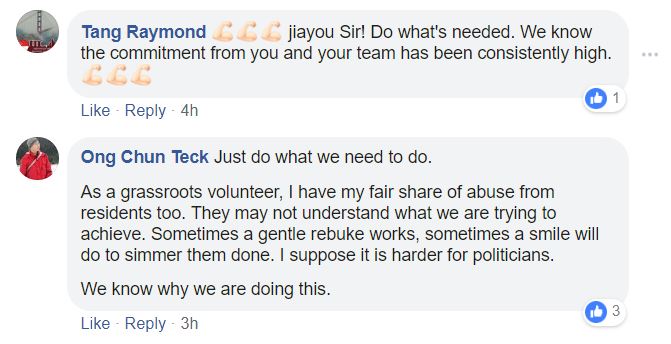 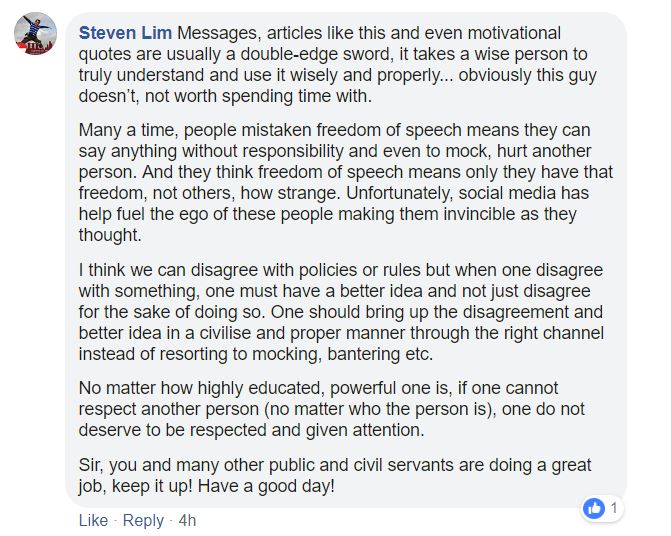 Others, however, seem to have seen through Tan’s post and have commented that “Emo Chuan” has struck again. Tan Chuan-Jin was christened “Emo Chuan” by prominent internet troll Joshua Chiang years ago, to describe how emotional Tan seems at times.

Over the past few years, the term grew in popularity among a certain segment of Singaporeans online as Chiang repeatedly used the name to refer to Tan: 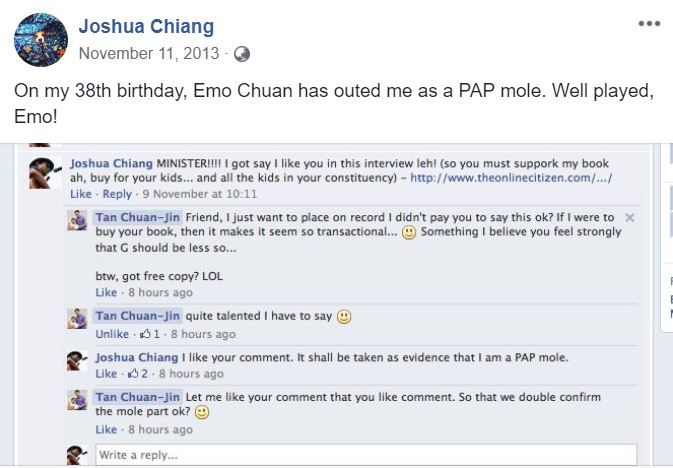 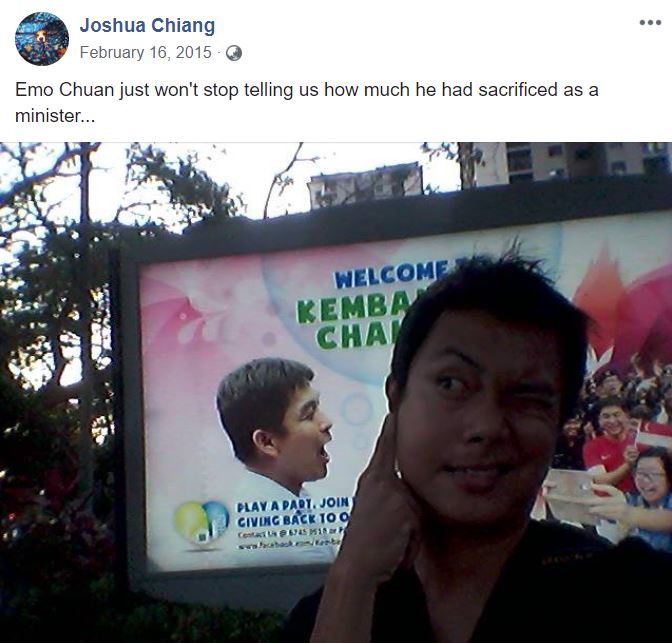 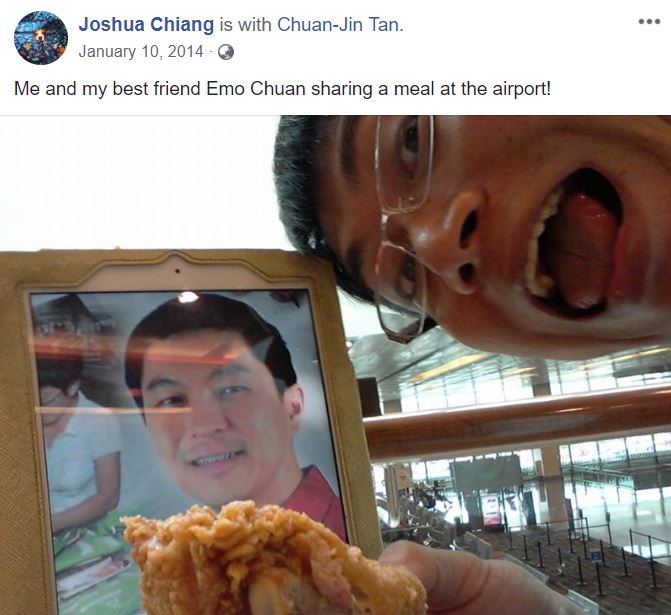 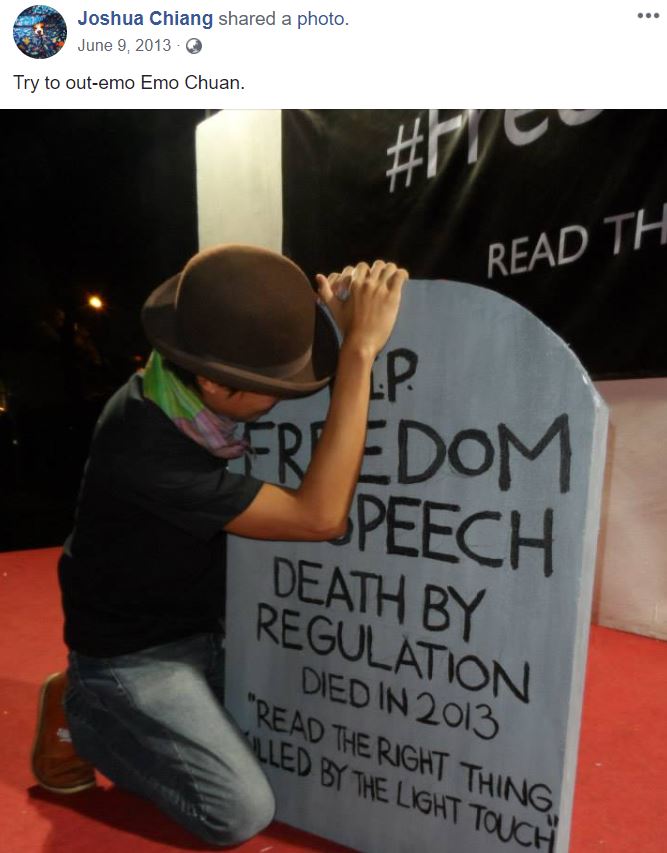