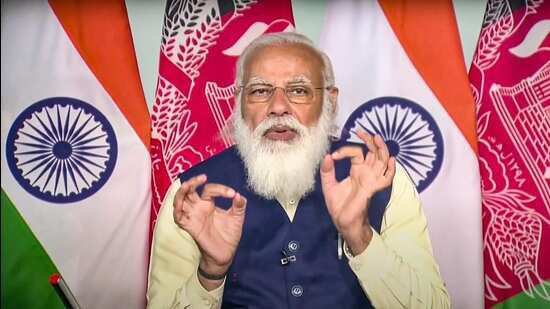 India — With Prime Minister Narendra Modi and other senior Bharatiya Janata Party (BJP) national leaders descending on election-bound Tamil Nadu and Kerala this weekend, the election fervor in the two southern states is likely to peak.

Five states — West Bengal, Assam, and Puducherry are the others — will hold assembly elections in the next few months. Modi will arrive in Chennai on February 14 to inaugurate several infrastructure projects, including a new Metro rail stretch in the city, and the Cauvery-Gundar river-linking project. Later in the day, he will fly to Kochi to inaugurate a new Bharat Petroleum Corporation Limited’s (BPCL) plant.

The PM had visited Assam and West Bengal last week.

Modi’s visit comes at a time when the BJP’s senior ally in the state, the All India Anna Dravida Munnetra Kazhagam (AIADMK) is in some distress over the return of VK Sasikala, a close aide of late J Jayalalithaa. After serving a four-year jail term in Bengaluru in the disproportionate assets case, Sasikala came to Chennai on Tuesday following a 23-hour long roadshow, positioning herself as AIADMK general secretary– a post she held after Jayalalithaa’s death in December 2016, till her imprisonment in February 2017.

While she was in prison, her former loyalist, chief minister Edappadi Palaniswami and his deputy O Panneerselvam buried their differences, merged their factions, and expelled Sasikala from the party. Palaniswami is the chief ministerial candidate of the alliance, who reiterated that Sasikala would not be taken back into the party fold after meeting PM Modi in New Delhi last month.

The PM will have a brief interaction with BJP leaders after his public programs. Besides the PM, finance minister Nirmala Sitharaman is expected to be in Villupuram to attend a function organised by the party’s Mahila Morcha. Party chief JP Nadda will also visit the state in late February. The AIADMK-BJP combine is pitted against the Dravida Munnetra Kazhagam (DMK)-Congress alliance which has been out of power since 2011.

In Kerala’s Kochi, after inaugurating the new complex of BPCL, Modi will interact with core committee members of the state unit and discuss poll strategies, said BJP Kerala unit president K Surendran on Wednesday. The party has asked the state unit to sink its internal differences and make use of opportunities and bag the maximum seats.

This time, the party’s national leaders will be campaigning extensively in Kerala despite the saffron party being a distant third in the state’s bipolar politics. Its recent performance in the local body elections, however, has given it some hope.

The BJP-led National Democratic Alliance (NDA) mustered around 15% of votes in the local polls, and the party thinks it could win a few seats if it improves its vote share. The one seat it won (Nemom in Thiruvananthapuram) in the last assembly elections in 2016, was the party’s only notable poll performance in the state so far.

“We have classified assembly seats according to our strength. We will expose both, Congress and CPI (M), which are allies at many places including in neighbouring Tamil Nadu. Besides their double standards, we will raise Sabarimala issue, gold smuggling and other corruption cases,” Surendran told the Hindustan Times.

Meanwhile, Congress leaders have asked former party chief Rahul Gandhi, who is also an MP from Wayanad in north Kerala, to campaign extensively in the state. During the last parliamentary election in 2019, the Congress won 15 of the 20 seats in Kerala, the party’s best performance in any state. During the campaigning then, Gandhi did not criticise the Left government too much. But Congress leaders have now asked him to go all-out against their arch-rivals in the state.

Gandhi will address the concluding session of opposition leader Ramesh Chennithala’s ‘Aiswarya Kerala Yatra’ on Feb 23 in the state capital. “He will be the star campaigner in the state. Priyanka will also join him during the roadshow,” said PCC general secretary KP Anil Kumar.

“Both, left and Congress, are facing an existential crisis. This time Gandhi will have to shed his gloves and go after the political rival in the state. Gandhi pitching tents in Kerala will augur well for the party. It will also help end the factional feud in the state unit,” said senior journalist and political commentator John Mary.