e27 discussions, when do co-working spaces do more harm than good? 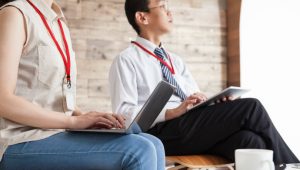 Co-workings spaces can be fantastic during the early days of a startup, but at what point does it start to hurt more than it helps?

It is hard to think of one element of the startup world that more defines the culture than the co-working space.

They are full of people in t-shirts, writing on their laptop and collaborating in an open (slightly noisy) setting.

For a young startup it is the perfect place to save some money on office space while simultaneously facilitating networking and business connections.

But when does the space no longer become effective? And to that point, is there a moment when co-working spaces do more harm than good?

Also Read: [Discussion] What does the future hold for fintech in Southeast Asia?

For today’s e27 discussion we want to talk all-things co-working. What do you think? Leave a comment below!

The post e27 discussions, when do co-working spaces do more harm than good? appeared first on e27.