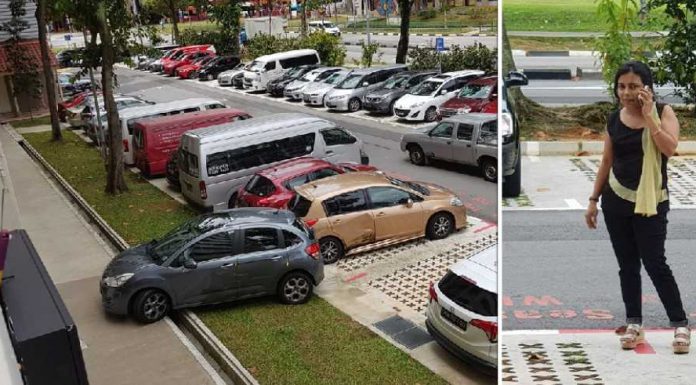 A driver who had difficulty parking apparently hit a pedestrian’s son before shouting at the pedestrian demanding her help to park.

The pedestrian, Lynn Marissa Liem, shared on Facebook that the incident happened over the weekend and wrote: “this dear indian lady couldnt park properly and hit 2 cars at my carpark and almost hit my son and still dare to shout at me and ask me to help her drive her car out”

In response to netizens’ hopes that Liem did not actually help to drive the car out, as the driver may then claim that Liem is the one who caused the damage, Liem replied in a comment that she did not do so.

She added that her son helped the lady call the police, even while the lady kept repeating that the police aren’t coming because there is no injury.

Netizens responding to Liem’s post noted that the driver appeared to be a foreigner. Poking fun at the driver’s parking skills, netizens questioned how the woman passed her driving test: