The perennial hot button issue of ministerial pay was discussed at length in Parliament today. Politicians from both the ruling People’s Action Party (PAP) and the Workers’ Party (WP) tabled questions about how much salary and bonuses ministers earn.

Responding to a question by Marsiling-Yew Tee GRC MP Alex Yam who asked the Government to confirm that the salary components paid to ministers do not exceed the salary benchmark established in the 2012 white paper on ministerial salaries, Deputy Prime Minister Teo Chee Hean asserted that the ministerial pay structure is “totally transparent” and “there are no hidden components or perks.”

The DPM also directed the House’s attention to the Workers’ Party’s proposal on how entry-level ministers should be paid and said that the WP had not only endorsed the White Paper’s pay determination principles, but also that their proposed formula would have resulted in the same total annual salary for entry-level ministers. 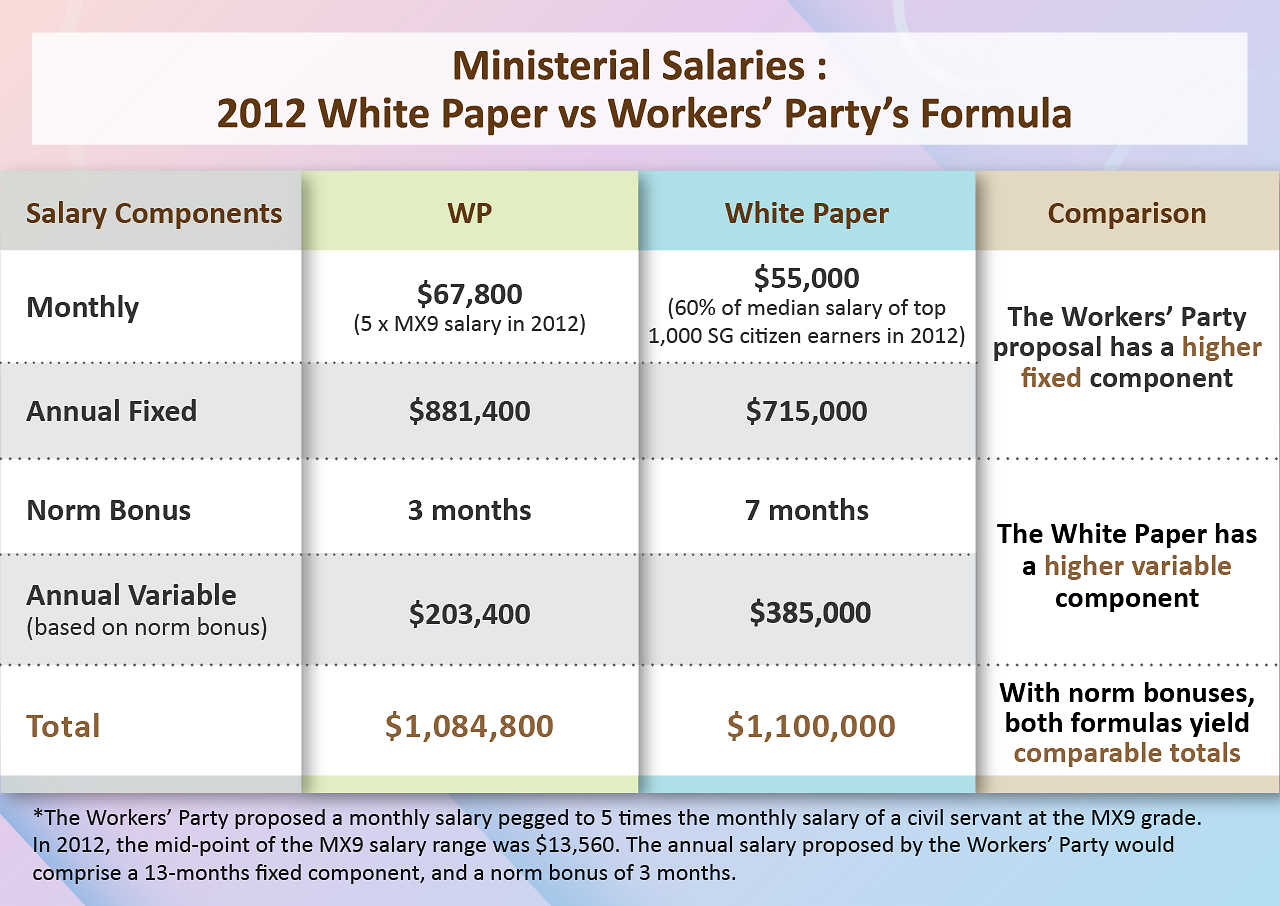 Sharing the above table by the Public Service Division comparing the White Paper’s proposal to the WP’s formula, DPM Teo said:

“The Workers’ Party formula would have had a higher fixed component (of 81 per cent) compared to the White Paper’s proposal, and a smaller variable component (of 19 per cent).

“This means the WP would have paid out a higher portion of the salary – about S$880,000 out of S$1.1 million – regardless of individual performance or national outcomes, and even if the outcomes were not achieved.

“This would have made the link between salary and performance weaker.”

WP chief Pritam Singh confirmed that the total amounts presented in the Public Service Division’s table were accurate and correct.

Calling the Government’s and the WP’s pay framework proposals “very close” to each other in principle and quantum, DPM Teo asserted: “Indeed if, if there were a WP government in power today, by their own formula, a WP minister would be paid essentially the same as what a minister today is paid.”