Daylight mugging of the justice system 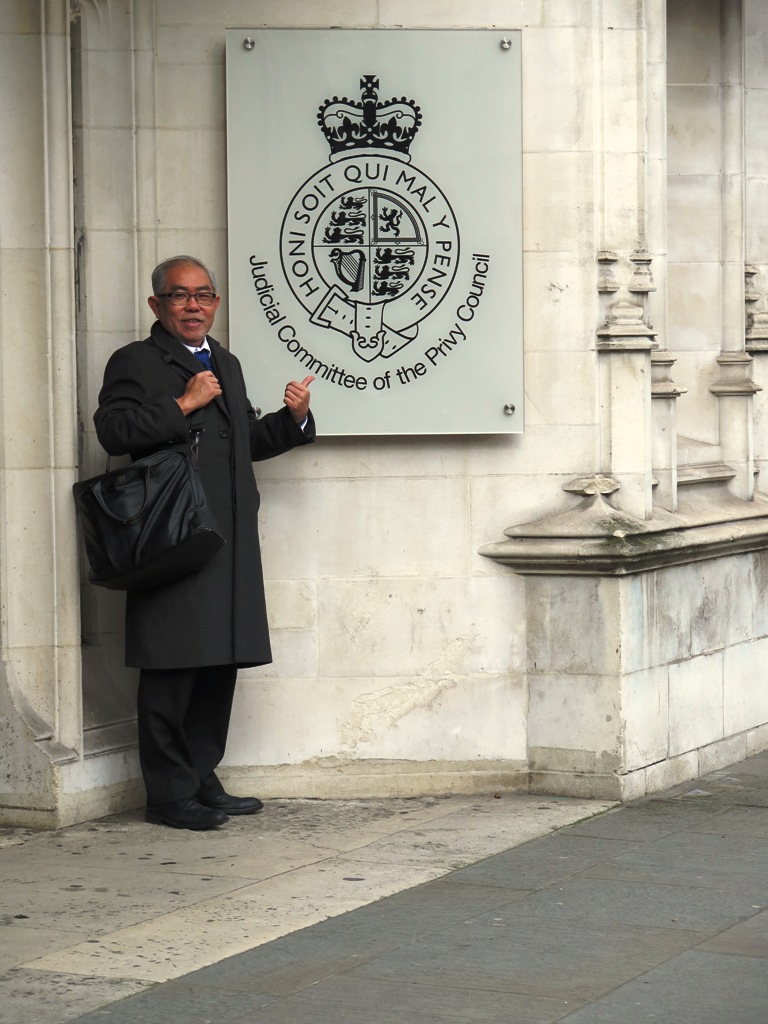 By: Tan Wah Piow
Families of Benjamin Lim and Dominique Lee are the most recent examples of people who felt betrayed by the legal system. The response on the internet to my articles “What’s Sub-Judice” and  “Where’s the law?” suggests that a sector of Singapore’s population has little confidence in the legal process when their rights are pitted against the Government. In such circumstances, where could one go to seek justice?
Once upon a time I met a very fine gentleman in London who was badly let down by the legal process in Singapore.  He led an industrious professional life. His only weakness was his uncompromising passion for fairness, freedom and justice.
Soon after a breakthrough election success in 1981 against the dominant party by being the sole opposition MP in parliament, troubles started to brew. Eventually he was criminalized, thrown into prison, removed from his seat in parliament, and banned from contesting any parliamentary seat in the following five years. This gentleman was JB Jeyaretnam.
When we met in London in the summer of 1987, he looked tired and worn. He was probably at the nadir of his political life. But what hideous crime did JBJ commit to warrant such punishment?  It involved the handling of three cheques, $2000, $200 and $400 given by supporters. These cheques, the Prosecution alleged, were for the party. The funds were misappropriated, alleged the prosecution, and JBJ made a false declaration relating to those funds. From an upright citizen, JBJ was reduced to a common criminal.
JBJ’s London trip in 1987 to seek justice before the Judicial Committee of the Privy Council was abortive. The Privy Council, as the Apex Court of the Singapore’s judicial system did not have jurisdiction to deal with an appeal from the subordinate court.
JBJ’s fate was soon to change. After his return to Singapore, the Law Society, acting upon a complaint by the Attorney General based on the convictions, successfully took action in the High Court to debar him.
Undaunted, JBJ flew 8000 miles to London the following year, confident that he could at least get a fair hearing before the Privy Council. The outcome probably exceeded JBJ’s wildest expectation.
Five law lords who represented some of Britain’s best legal minds unanimously ruled that the cheques were “in each case lawfully disposed of in accordance with the donor’s instructions.” They concluded that JBJ was innocent of any offence.  They also expressed their “deep disquiet that by a series of misjudgments”, JBJ had suffered “a grievous injustice”. The Law Lords ordered the Law Society to reinstate JBJ to the Singapore legal profession, and to pay his costs. They also recommended the steps to take to reverse the convictions.
The astonishing outcome should have been celebrated by all Singaporeans as evidence of an impartial legal system free from undue political influence. But it was not to be.
The decision certainly gave comfort to a small group of Singaporeans holed up against their will in the small cells behind the Blue Gates in Whitley Road as ‘guests’ of the State.  Amongst them was Teo Soh Lung.
On the 27th June 1988, five months before the Privy Council decision, Anthony Lester QC acting for Teo Soh Lung told Justice Lai Kew Chai in the High Court that if his application for Habeas Corpus failed, he was instructed to appeal to the Privy Council.
Coincidentally, Justice Lai Kew Chai so happened to be the Judge who had earlier dealt with JBJ’s appeal against conviction, sentence and who ruled against any further appeals to the higher courts.
When Teo Soh Lung heard about the Privy Council’s verdict in prison, she was elated. In her memoirs about the period in detention, she wrote:

“I was very happy that Jeyaretnam had finally scored one victory. At the same time, several thoughts crossed my mind. Would the government abolish appeals to the Privy Council? Would Jeyaretnam’s case have any implications on my appeal? A friend speculated that the Privy Council may rule in my favour. But would I be able to make it on time?”

Privy Council verdict was a ray of hope to those held in the dungeons of horror. Conversely it was frowned upon by those in the establishment.
The Attorney General Tan Boon Teik in a written statement insisted that the Privy Council ruling was only binding on the Law Society on the matter of reinstatement of JBJ as a lawyer. Beyond that, the AG said “I am unable to agree that the convictions were wrong”, and he denied any miscarriage of justice. For the man in the street, it must be difficult to comprehend how the findings of facts by the Apex court could be reduced to mere “comments” by the Attorney General?
At the end JBJ won a moral victory, and regained his status as a lawyer. Justice half done was at least better than none.
Teo Soh Lung hopes for justice were short lived. Within two months of the Privy Council’s decision, a bill was rushed through Parliament to abolish appeals to the Privy Council in respect of Internal Security Act cases. That closed the route to justice for those who were held without trial.

Teo Soh Lung: It was in my view a desperate and shameful bill. It was a bill which only desperate governments would enact. It sought to prevent all grounds raised by Lester in his submissions before the High Court and the Court of Appeal from succeeding. It also sought to rule out appeals to the Privy Councils for ISA cases. Why a government with 80 out of 81 seats in Parliament would choose to pass such amendments was beyond my comprehension.”

Soon after slamming the doors to prevent political detainees access to the Privy Council, yet another Bill was introduced. In less than hundred days of the Privy Council’s decision, the Legal Profession (Amendment) Bill, 1989 was rushed through and passed in Parliament. The new law abolished appeals to the Privy Council in disciplinary cases involving lawyers, and made all underlying criminal convictions on which disciplinary proceedings might be based, to be final and conclusive.
During the debate in Parliament, Dr Lee Siew Choh, an NCMP for the Workers Party made a poignant observation:

Many people outside the House … see this amendment as a knee-jerk reaction of Government to the recent judgment of the Privy Council on the appeal of J.B. Jeyaretnam. Is that correct? …

…We have witnessed the Attorney-General publicly pronouncing that the Privy Council is wrong in its conclusions. This sounds rather odd to me, as I have been taught that in a democratic society, the prosecutor must be separate from the judge. Now it would appear that the AG acts first as a prosecutor and then again as the judge on the Privy Council judgment which, in fact, is the final outcome of a sequence of events initially started from prosecutions in the courts of Singapore.

This provoked Shanmugam to rise to the defence of the government.

Sir, it is unfair to our judges to impute political motives for the decisions they make. It sickens me to hear such statements. It is scandalous, wholly unsupported – allegation and does great disservice to the institutions of democracy.

The die was cast. By 1994, the Privy Council as the Apex court of appeal, was abolished.
If the Privy Council decision on the JBJ case was different, would the government be in such haste abolish the Apex court? Or were they trying to avoid yet another embarrassment should the cases of the detainees proceed to the Privy Council? And are they worried that in the long term, an Apex court operating without “undue influence” could undermine the political monopoly of the dominant party? ‘Undue influence’ incidentally were the exact words used by Lee Kuan Yew twenty-seven years earlier.
What the dominant party did in 1994 was exactly what Lee Kuan Yew warned against in 1967 when he said:

LKY: I can only express the hope that faith in the judicial system will never be diminished, and I am sure it will not, so long as we allow a review of the judicial processes that takes place here in some other tribunal where obviously undue influence cannot be brought to bear. As long as governments are wise enough to leave alone the rights of appeal to some superior body outside Singapore, then there must be a higher
degree of confidence in the integrity of our judicial process.

By 1994, Lee Kuan Yew had institutionalized the power of the dominant party. He did not require ‘some superior body outside Singapore’ to protect his rights.
For the people of Singapore though, justice could be better served if the Privy Council was not abolished.
That was how justice was mugged – during the gang raid of Parliament.Follow us on Social Media