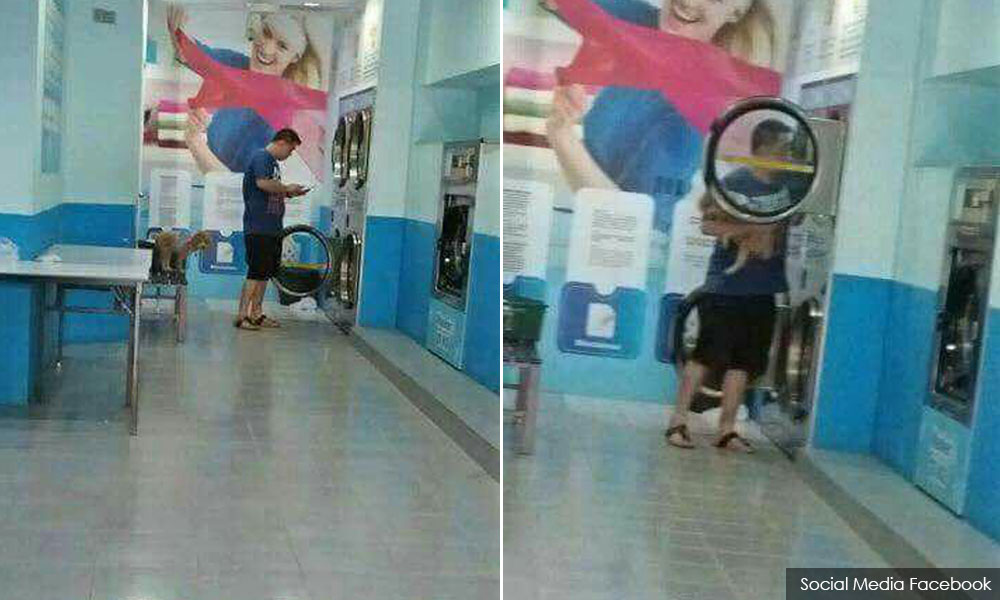 The ‘Muslim only’ launderette issue in Malaysia took another turn with the picture of a dog in a self-service laundry unit sparking another round of controversy.

A Muslim movement called the Ikatan Muslimin Malaysia (Isma) has published photographs of a man with a dog in a laundrette.

The movement claims this is an example what concerns the Muslims with regard to the cleanliness of such establishments, thus the need for the setting up of laundrettes for Muslims only.

The movement’s website said the photographs – sent by a netizen – was sufficient evidence of claims by netizens that Muslims only launderette was needed.

The website said: “The photographs show a man bringing his pet dog into a laundrette. He is seen cradling the dog as he placed clothes in the washing machine.

“As he waited for the clothes to be washed, the man put the dog on a chair.”

A dog’s saliva and its wet fur are considered ritually unclean in Islam, and items that come in contact with either must be ritually cleaned.

The incidence of the ‘Muslims only’ launderette drew the condemnation of the Sultan of Johor who said such a person – who wanted to cater for Muslims only in the launderette – had to get the brains cleansed.

Malaysians are sorely divided on the issue, with non-Muslims ranting their rage over this approach saying if the Muslim owner of such launderette were worried about the cleanliness of ‘others’, he or she should clean the heart first.

Malays retorted by saying on social media networks they had the right to have their own launderettes and that nowadays anything Islamic was seen as archaic and needless by the ‘others’ even in Malaysia.

Some comments drew the line between the attacks on Muslims across several countries as part of the acts of the non-Muslims’ hatred for Islam.

Yesterday, the Mufti of Perlis urged a Muslim owner of a launderette in Kuala Kangsar to revise his policy and to accept non-Muslim clients.

The latter complied with the Mufti but said his intentions were not to spark a racial controversy but was part of his marketing strategy.