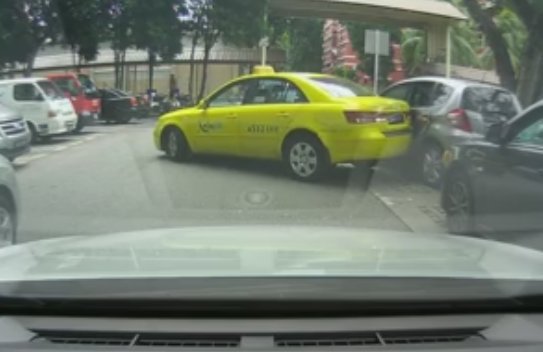 The taxi-driver who was caught reversing in high speed into a parked car has been terminated. In a statement, Comfort DelGro, the company which owns CityCab taxis said that the driver was sacked “for driving recklessly”.
The dramatic video footage captured by Evon Lim on 26 Mar at about 12pm showed the taxi accelerating rapidly before hitting the car.

The spokesperson for Comfort Delgro said that although the video showed the taxi-driver driving off immediately after the accident, he actually stopped his taxi further down the road, returned to the scene of the incident and passed his particulars to a shopowner who knew the owner of the car.
“We are thankful that no one was injured in this incident and are assisting the owner of the parked vehicle with all repairs,” said Comfort DelGro’s Group Corporate Communications Officer Tammy Tan.Follow us on Social Media