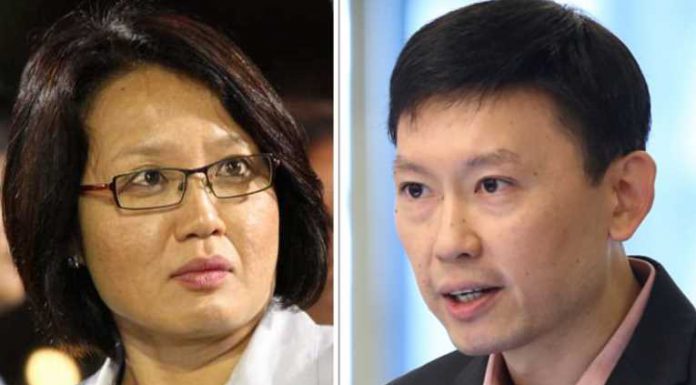 Senior Minister of State for Health and Communications and Information Chee Hong Tat has drawn the ire of netizens after he became the 5th ruling party politician to comment on why Sylvia Lim should have apologised for her parliamentary remarks on the timing of the GST hike announcement.

His remarks come just one day after Senior Minister of State for Law Indranee Rajah drew flak online for her remarks on the same issue.

Writing directly to Singaporeans on the People Action Party’s (PAP) website today, Chee called Lim’s comments “vicious” as it “goes to the heart of Government’s integrity”:

1. The recent discussion on Parliamentary Privilege and Workers’ Party MP, Ms Sylvia Lim’s comments has generated some questions.  My colleague Ms Indranee Rajah had touched on some of these in her recent post.  I will address the question why Government decided to take up the matter during the Budget Debate.

2. To recap, it started with Ms Lim’s allegation that the Government had floated a “test balloon” about raising GST immediately at this year’s Budget, but later backtracked and delayed the implementation due to public reaction.  After the Government clarified the facts, Ms Lim admitted that her earlier suspicion “may have been wrong”.  WP’s Mr Low Thia Khiang acknowledged in Parliament that “Ms Lim’s suspicion wasn’t really correct at that point in time”, i.e. Ms Lim’s suspicion was wrong, right from the start.

3. Why was it important for the Government to pursue the matter?  Because it needed to remove any doubt that the Government had intended to raise GST immediately, but then backtracked when it was called out that this would contradict previous Government statements. The underlying sting of that allegation was that the Government was being dishonest with the people.  This is both false and vicious, and goes to the heart of Government’s integrity.

4. Had the Government not pursued the matter in Parliament, most people would have overlooked Ms Lim’s “test balloon” comment.  However, the WP could later use it to great effect for political attacks, including during the next General Election. Indeed, Mr Low had himself made it clear that he preferred to debate the GST increase at election rallies, rather than in Parliament itself.  For example, they could allege that:

a. The Government had secretly intended to raise GST immediately, but backed down because of public reaction;

b. The WP made this charge in Parliament, and the Government did not rebut it, so it must be true;

c. This Government cannot be trusted, either on taxes or any other policies; and

d. Vote against the PAP to teach them a lesson, and stop them from raising the GST after the elections.

5. Through the debate with Ms Lim on 8 March 2018, we got her to admit, and Mr Low to confirm, that her suspicions were wrong; and she had no basis to accuse the Government of intending to raise GST immediately and then backtracking.

6. The WP can now no longer rely on this falsehood to attack the Government’s credibility and trustworthiness. This will make for a more honest debate, in Parliament and outside.

Just like Indranee, Chee also faced intense flak from netizens who expressed their disappointment with the PAP for “harping” on this issue:

https://theindependent.sg.sg/indranee-rajah-sides-with-grace-fu-explains-why-sylvia-lims-conduct-is-dishonourable/Follow us on Social Media