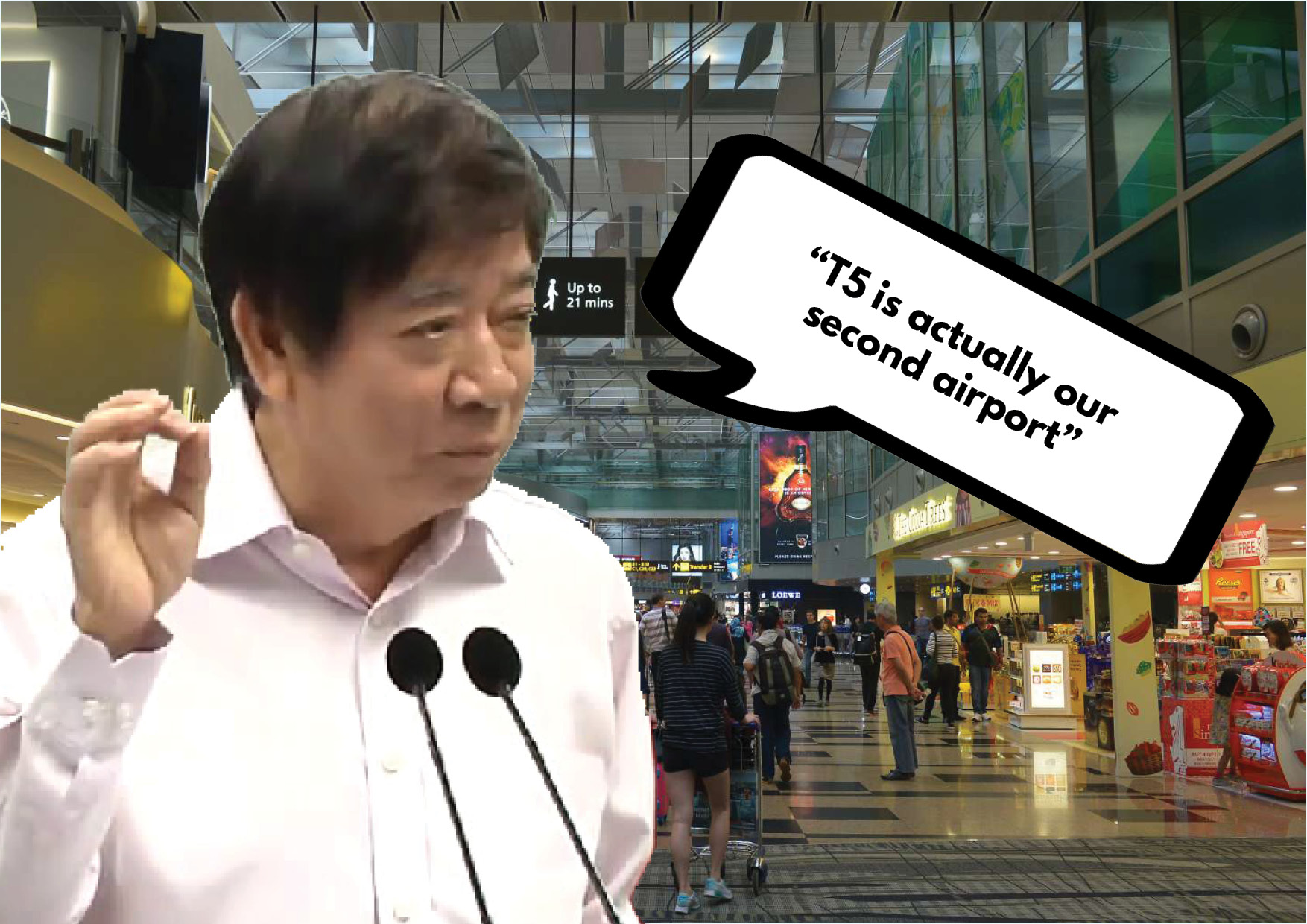 Changi Airport is set to hike passenger service fees on top of imposing a new Airport Development Levy on all passengers who pass through and begin their trips in any of the airport’s terminals.

This fee hike and new levy will finance airport expansion projects, including Terminal 5 (T5), according to a statement by the Transport Ministry and the Civil Aviation Authority of Singapore (CAAS) yesterday.

Travellers currently pay a departure charge of S$34 to use the airport. From 1 July this year, an additional S$10.80 levy will be imposed on travellers. On top of this, the airport will charge travellers a S$2.50 Passenger Service and Security Fee, which is a combination of the current service charge and a security charge.

This means that travellers will pay a total of S$47.30 from 1 July.

This means that travellers departing from Changi Airport in 2024 will be charged a hefty S$62.30 in total.

Costs for airlines to use Changi Airport will also rise by 1 per cent a year until 2024. Jetstar Asia told reporters that it is “disappointed with the introduction of more airport taxes to fund Changi Airport’s Terminal 5 development”. A spokesperson for the group added that the costs will “have to be passed on to customers, which mean higher airfares”.

Although the Transport Ministry and CAAS say that airport expansion is funded by three parties (airport users, Changi Airport Group and the Government) and while the Ministry and CAAS claim that the Government will be the biggest contributor to the project, the fact of the matter is that it is the people who will be shouldering the heaviest burden to fund the expansion projects.

During Budget 2018, Finance Minister Heng Swee Keat identified infrastructure as one of the key areas of expenditure growth when he explained why measures like the 2 per cent Goods and Services Tax (GST) hike will be imposed in the coming years. The GST hike is part of the Government’s effort to save ahead to prepare for infrastructure investments such as T5.

With the Government already pumping more than $9 billion into the airport expansion project, which is expected to cost tens of billions of dollars, it is clear that it will be Singaporeans who will bear the brunt of expansion with the new airport usage fees along with the tax hike.

Introducing the levy on his Facebook page, Transport Minister Khaw Boon Wan explained that T5 is “actually our second airport” and said that having the “airport community” contribute to costs is a “fair way to finance the project”:

The new levy has been criticised by the International Air Transport Association (IATA) which told reporters that it is “disappointed” with the decision to charge travellers to fund T5. IATA’s regional vice-president (Asia Pacific) Conrad Clifford told reporters:

“We are also hoping to have greater transparency on what is the projected cost of Changi East and Terminal 5, and how the costs are being apportioned between the government, Changi Airport Group, airlines and passengers.

“Making air travel more expensive for passengers will have a negative impact on travel, tourism, and as a result, aviation’s contribution to an economy. Increasing charges for airlines could also affect the financial viability of their services to and from the airport.”

This is not the first time Changi Airport has increased fees to finance expansion projects. The passenger service fee was last hiked in April 2013 as T4 was being developed and as T1 was being expanded.