Minister takes it in stride, writing in a Facebook post that he also had "a good laugh" over having spoken "too fast"

Singapore — 2020 is proving to be quite a year for the country’s eminently quotable Trade and Industry Minister, Mr Chan Chun Sing.

From “xiasuay” (disgrace) early in the Covid-19 outbreak, when people rushed to the supermarkets, to the recent “We don’t have too many sheeps in Singapore to produce cotton”, when he spoke about face masks just before the phased end of the country’s circuit breaker from Tuesday (June 2).

People online poked fun at the minister’s latest gaffe, unearthing and sharing old videos of his remarks and actions.

Mr Chan took it in stride, writing in a Facebook post on Saturday (May 30) that he also had “a good laugh” over having spoken “too fast” and clarifying, especially to “young children”  that “cotton definitely doesn’t come from sheep, it comes from cotton plants!”

I had a good laugh too when I was told that I spoke too fast in a video interview yesterday about cotton and sheep.To…

He said that he had been busy with the mask issue and seemed to attribute the slip-up to lack of sleep.

On the Internet, however, people just did not let things go, especially since they could have a good time. 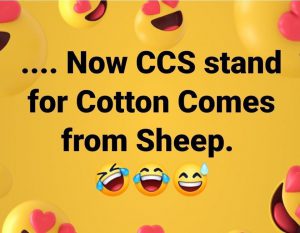 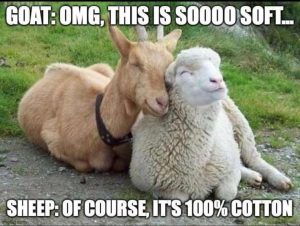 Some memes focused on Mr Chan’s lack of sleep. 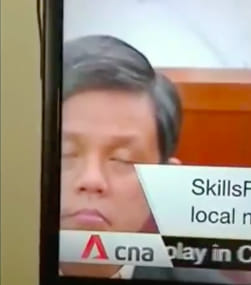 Some people felt that Mr Chan’s gaffe was a sort of karmic retribution for calling Singaporeans “xiasuay”.

And some did not accept his explanation for the gaffe, wishing that he had simply apologised for his mistake.

However, some of the minister’s supporters praised him for laughing at himself and for being so “human”.

This is the second time in a week that people are engaging Mr Chan over the issue of face masks.

Last week, the minister announced that the public may collect their improved reusable face masks from Tuesday (May 26) from community clubs, RC centres and vending machines.