The Independent News
International Cardi B gets real with Joe Biden on police brutality, health care

Cardi B gets real with Joe Biden on police brutality, health care

Speaking via Zoom for Elle Magazine, the Grammy winner and the former vice president kicked off by agreeing on their mutual goal of removing Republican Donald Trump from the White House, which Cardi B said was particularly vital considering the tumultuous federal pandemic response. 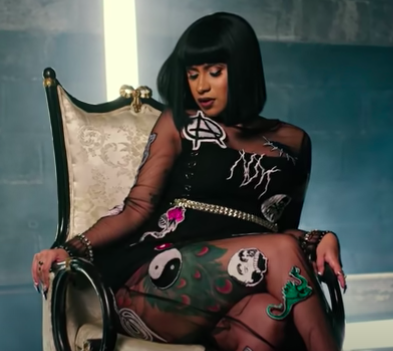 Speaking via Zoom for Elle Magazine, the Grammy winner and the former vice president kicked off by agreeing on their mutual goal of removing Republican Donald Trump from the White House, which Cardi B said was particularly vital considering the tumultuous federal pandemic response.

The rapper — who vocally backed Democratic socialist Bernie Sanders in the two previous presidential primaries — also reiterated her support for Medicare for All along with free higher education.

“And I want Black people to stop getting killed and no justice for it,” said the 27-year-old, born Belcalis Almanzar to a Dominican father and Trinidadian mother.

“There’s no reason why we can’t have all of that,” Biden answered. “Presidents have to take responsibility.”

Biden encouraged Cardi B’s young fanbase to stay politically engaged and vote, telling her “the reason I’m so optimistic is because of your generation.”

“You’re the smartest, the best educated, the least prejudiced, and the most engaged generation in history,” Biden said.

Saying that Trump “appeals to… prejudice,” Biden vowed to work towards repairing stark social divisions in the United States, which Cardi B warned “could be the start of a civil war.”

“Nobody wants to feel targeted. Nobody wants animosity. Everybody just wants the best for themselves, their future, their kids’ future,” she said.

The mother of a two-year-old, Cardi B also brought up the issue of childcare so parents can work, a need that has become particularly acute with schools closed due to COVID-19.

Biden agreed, pointing to his struggles as a single father when his wife and one of his children died in a car accident, with two of his boys surviving.

A former stripper, Cardi B emphasized the need for bolstering initiatives in underserved communities, also saying some of those policies must extend beyond K-12 schooling and that as a college student she couldn’t always afford meals.

The interview comes on the opening day of the Democratic Party’s virtual convention, with the party’s disparate factions projecting a united front behind the 77-year-old Biden, with a common determination to boot Trump in November’s vote.

It also landed days after the Bronx rapper urged fellow New Yorker and Democratic socialist Alexandria Ocasio-Cortez to run for president when she turns 35 — the minimum age to run — to which the Democratic lawmaker replied “Women Against Patriarchy (WAP) 2020.”

The 30-year-old congresswoman’s tweeted response was a play on the name of a new hit from Cardi B and Megan Thee Stallion, which is a feminist anthem on sexual empowerment but whose acronym actually means something far more explicit.

Cardi B, whose hits include “Bodak Yellow” and “Money,” once floated the notion of running for office herself, saying she could “shake the table” as a member of US Congress.