Bigg Boss 14: Paras Chhabra opens up on his relationship with Pavitra Punia, says he can only pray for Eijaz Khan 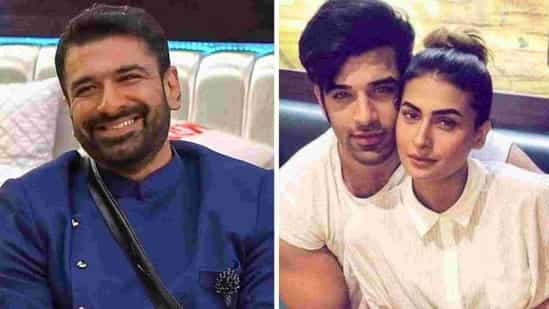 India — As Paras Chhabra entered Bigg Boss 14 to support Devoleena Bhattacharjee, Rakhi Sawant asked him about his relationship with former girlfriend Pavitra Punia. Interestingly, Paras is supporting Devoleena, who is a proxy for Eijaz Khan. Eijaz and Pavitra are seeing each other.

Paras said he was glad to note that Pavitra did not speak about him last year, when he was a participant on Bigg Boss 13. However, he was shocked to see the things she said about him before entering the show this year, he added.

Finding some alone time with Paras, Rakhi asked him about his relationship with Pavitra. He tried to avoid the discussion and even folded hands in front of Rakhi, but soon opened up. Rakhi said, “When Pavitra said she needs to ask someone before committing to a relationship with Eijaz, I thought she was talking about you! And, now, you are here to support Eijaz in a way. Isn’t that weird?”

Paras replied, “There was nothing between us. I was glad that she did not speak when I came on Bigg Boss (last year), but she said such things before entering the Bigg Boss 14 house! Her husband had to tell me ‘ you may upload pics with her, all you want, but ask her to get a divorce from me first’.”

He added, “I can only do this for Eijaz,” gesturing the cross sign, implying that he can only pray for Eijaz.

Last year, Pavitra, ahead of her entry on Bigg Boss 14, dismissed Paras’ performance in the earlier season of the show, calling him ‘dependent on women’. “I don’t really have that much of a controversial past. I just have one ‘sh*t’ in my life and if he has even a bit of self-respect and sense left, he will not enter the Bigg Boss 14 house in my presence and even if he does, he shouldn’t rub me the wrong way or else he would face the dire consequences,” she told Telly Chakkar.

Responding to her statements, Paras had said, “Pavitra has rightly said that Paras was her mistake because a married woman can’t be dating and fooling me. It was alarming to know this when her husband messaged me and said you both could be with each other as much as you want but only after my divorce with her. I confronted her and she agreed, then I got to know one after other shocking revelations about her. I don’t want to open my mouth right now. I could be explosive right now, but time will tell and it will show during her stint in BB. If I open my mouth things can go against her and it won’t be good. She hid about her marriage from me.”

Pavitra and Paras, alumni of the romance reality show Splitsvilla, were briefly in a relationship in 2018. However, they broke up in less than six months.Follow us on Social Media